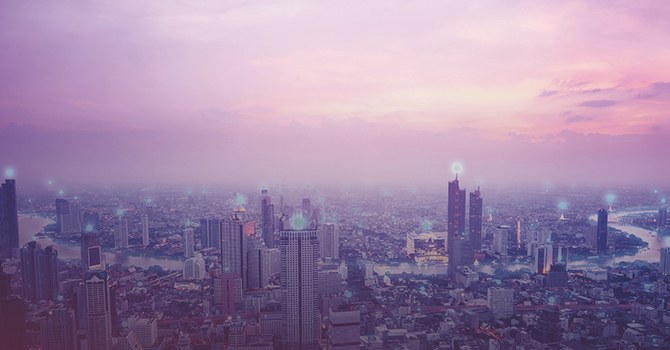 The pace of technology adoption is constantly accelerating. In the mid-19th century, electricity took 46 years to be adopted in 25 percent of US households. Two subsequent innovations, the car and radio, required less time to achieve the same level of penetration (34 and 31 years, respectively). This trend continued into the 20th century, with the telephone (26), personal computer (16), cell phone (13), and the internet (7) each adopted faster than the last.

Blockchain technology and its diverse ramifications, including Web3 and the metaverse, are no exception. Their adoption rates were twice as fast as the internet’s was in the 90s, fueling exponential interest from financial institutions, retail investors, and businesses alike.

Another similarity disruptive technologies have is their nature of optimizing what already exists. For example, the early versions of the World Wide Web consisted of a few simple use cases, including email writing and read-only activities. It took a few years before internet-native applications emerged and users rapidly embraced the possibility to interact with one another via digital platforms, such as social networks, blogs, and video hosting sites.

The same pattern can be observed with the nascent Web3. Its current applications, such as record-keeping of offline assets, digital collectibles, or event tickets, improve and add on to what is already achievable in the current state of the internet, Web2. The full potential of Web3 has yet to be unlocked.

Focusing on tokenization specifically, we see wide-reaching and highly varied potential for structural improvements across business models, value propositions, and access to capital.

In this article, we will first define tokens and corporate tokenization. We will then explore why these topics matter, review business application examples and cover the key steps to tokenize a business model.

What are tokens and corporate tokenization?

A token is a digital proof of ownership for an asset or a set of rights. In a business context, corporate tokenization describes the process of converting these assets or rights into digital tokens that can be used and traded on the blockchain in a permissionless way (without a third-party intermediary). Tokens can be classified along three fundamental dimensions:

The third and last dimension defines whether a token is divisible and interchangeable. Bitcoin and other cryptocurrencies are, for example, fungible tokens. Each bitcoin (or subdivision thereof) is identical and can seamlessly be interchanged with other bitcoins. A non-fungible token (NFT) represents a unique asset and can’t be split or directly swapped for other NFTs of the same type.

Corporate tokenization is more than the representation of an asset. It’s truly the digitalization of rights in a business environment, and its applications are limitless both in B2B and B2C. A token can, for example, specify how a car or a machine can be used and when and under which conditions, how loyalty programs unfold based on a set of criteria, or how intangible assets such as trademarks and identities can be used, protected, and verified. The rules in place are defined by digital smart contracts, and agreements self-execute based on predefined rules.

Why does tokenization matter? When should tokens be used?

An increasing number of ventures and businesses are exploring the benefits of partial or full tokenization to gain a competitive edge in their markets. The main benefits can be summarized as follows: 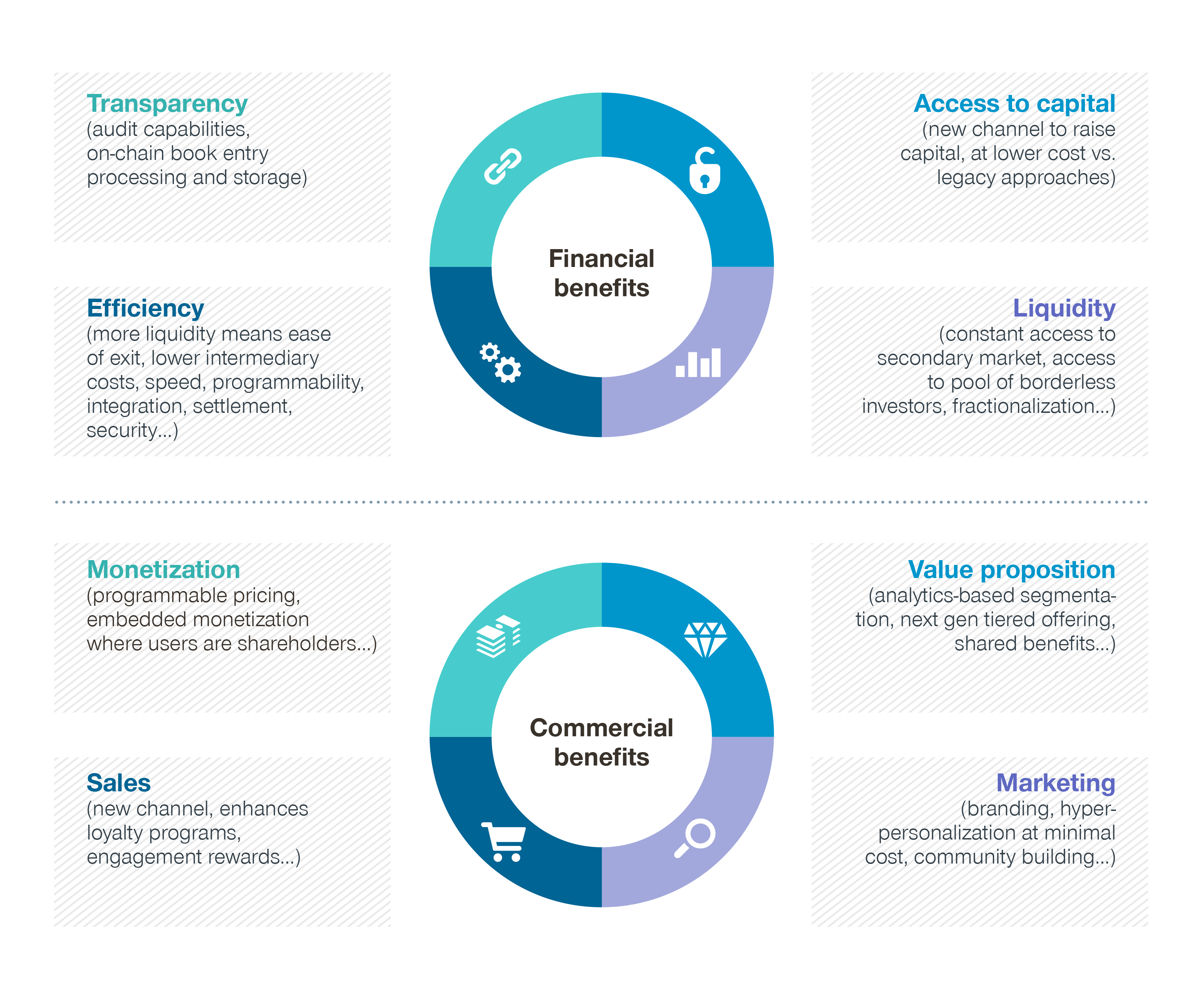 Tokens symbolize the fundamental shift from more traditional capitalist models toward Web3. Let’s look at a simple example: McDonald’s consumers (users) are rarely shareholders of the company, and vice versa. In other words, the group creating the demand and driving company growth doesn’t benefit from the generated wealth, unlike shareholders who earn benefits in the form of increased equity and dividends. Web3 is different, as it merges users and shareholders. For example, a token holder of Ethereum both uses and owns a portion of the platform’s peer-to-peer network. This fundamental difference has wide-reaching consequences in the management of users and shareholders. 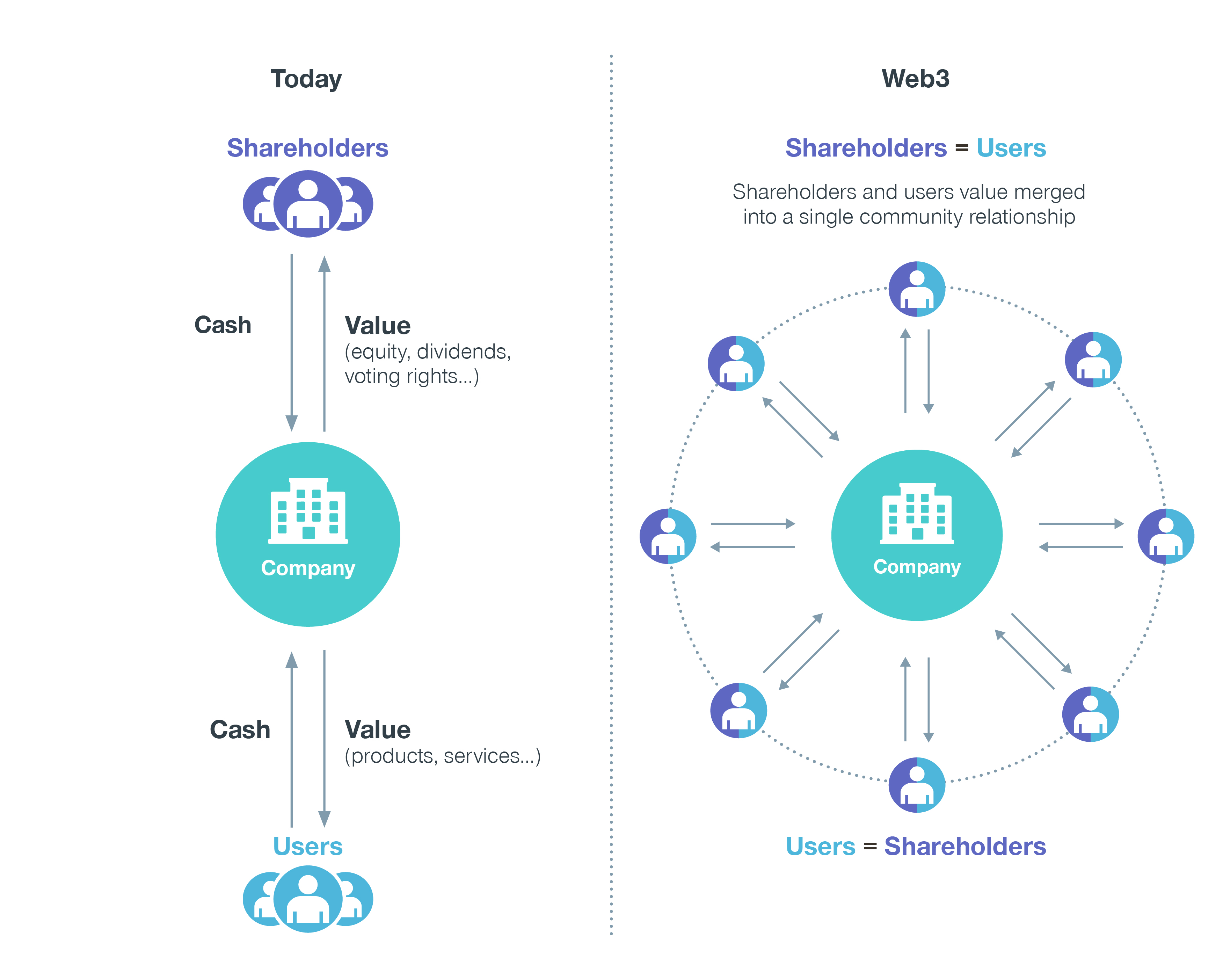 While tokenization creates significant financial and commercial improvements, there’s no denying the legal, security risks and cost implications that come with it, especially when operating in legislations with limited desire to foster cryptocurrency adoption.

Beyond these risks, tokenization may not always seem like an obvious opportunity. Business models can thrive without blockchain or tokenized utilities; key aspects of a value proposition may not need to be decentralized, liquid, transparent, or hyper-personalized. Decentralization, a key aspect of Web3, may equally not be the appropriate structure to ensure sharing, legal verifiability, or privacy requirements. All in all, corporate tokenization is not a must in all situations. While it certainly unlocks excellent opportunities and catalyzes the emergence of new business areas, companies and ventures need to thoroughly understand where and if tokenization is a viable option considering its potential risks and limitations.

To make it a little bit more tangible, let’s look at real-life use cases, some of which are already well established within certain communities. 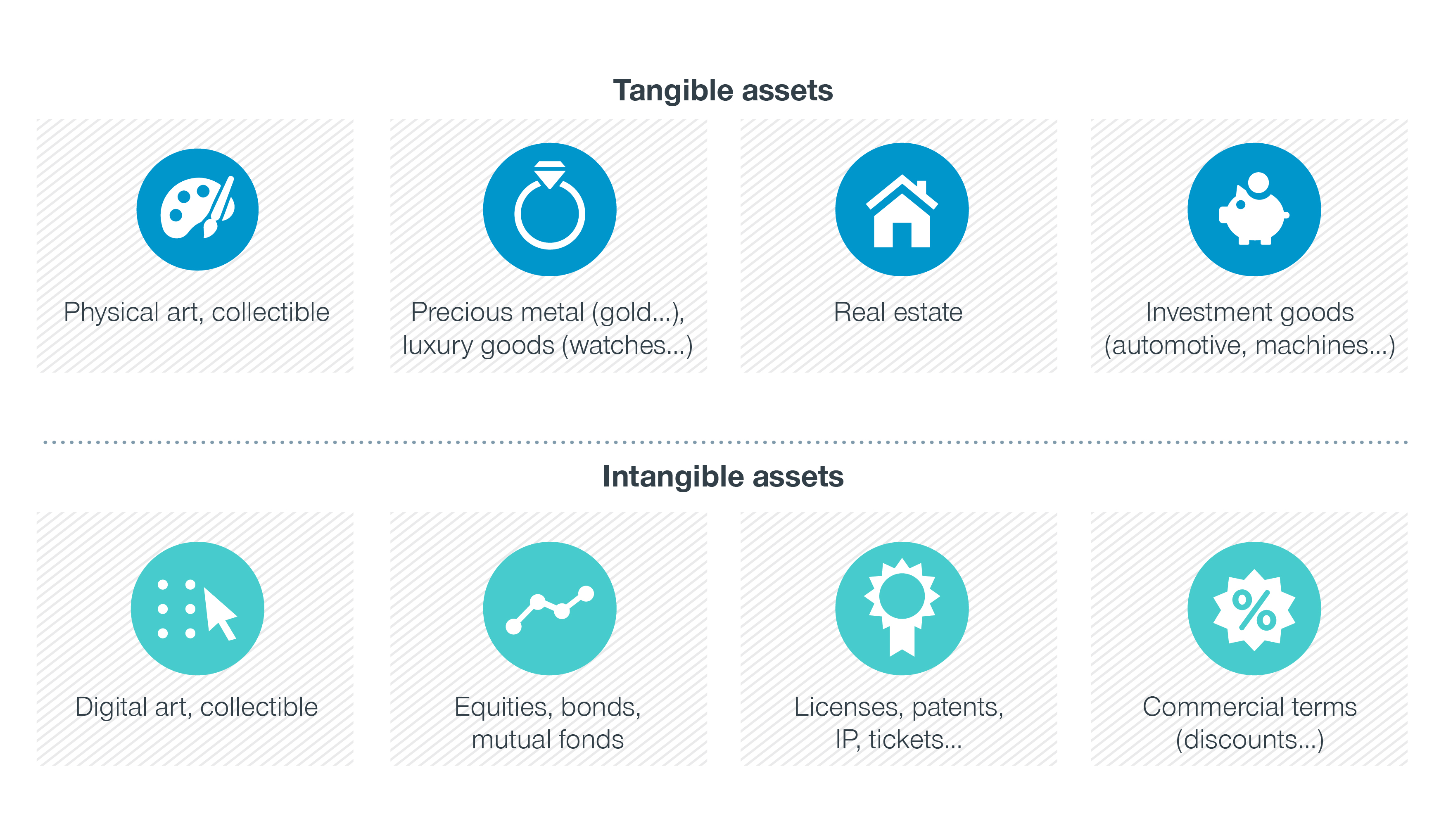 One of the most fascinating aspects of tokenization is fractionization. Companies can secure access to a whole new range of customers by offering partial ownership of goods that would have been inaccessible otherwise. For example, a multi-million-dollar penthouse in Manhattan, whose price appreciation was well above market average over the past few decades, can now be made purchasable through fractionization, where its value would be broken up into buyable tokens that each represent a percent of the property’s total value. Through fractionization, these niche markets with exceptional returns are suddenly made accessible to the masses.

Another application of this process, which isn’t widely used in the business world so far but has enormous growth potential, is the tokenization of promotional terms. A fashion brand can, for example, airdrop (a form of free targeted distribution) special discounts or offerings to a specific target group, be it its most loyal customers or those in the high churn risk segment. Executing this type of campaign with traditional sales channels and marketing techniques would be significantly more expensive and substantially less efficient. In a retail store setting, tokenized discounts can be tracked and recognized by a multitude of other branded points of sale and bundled with other side benefits.

A more complex application involves creating a whole ecosystem around the tokenization of discounts. A manufacturer of machines or cars could translate all its monetary discounts at the time of transaction into a token that grants discounts on future sales, maintenance, or on other brands in the ecosystem. The brand discounts don’t even necessarily need to be related to the core business. For example, discounts could take the form of reimbursements for Netflix or Spotify subscriptions or grant voting rights on future product development or investment decisions of the corporate foundation. These tokens, linked to concrete and quantified utilities, are valuable and can be traded on exchange platforms, granting the opportunity to swap millions or even billions of euros worth of cash discounts into equity and large-scale loyalty programs. Smart contracts can also enable brand-new revenue streams, such as embedding a certain kickback percentage for the manufacturer whenever the token is traded on open exchanges or the outstanding marketing potential tiered token benefits can offer through differentiation.

A myriad of other token innovations linked to NFTs are currently in early development phases. A few decades after co-branding became established as a viable marketing tactic, co-channeling has emerged as an important trend. This is where the digital twin of a physical asset can be used and customized in a Web3 environment. Nike, due to its acquisition of RTFKT Studios, pioneered this approach with its recent release of a limited-edition physical hoodie featuring a unique barcode for special perks, coupled with a customizable digital hoodie. If channel management had quickly become established as a key sales and marketing task when internet usage picked up in the 90s, co-channeling might have had even greater consequences on the way B2C and B2B operate in the market.

Another interesting evolution is the gamification of NFTs, where smart contracts are executed based on external events. NFTs are tracked by oracles, which are tools used to view pricing information, and linked to the smart contract via an application programming interface (API). Examples include a greentech consumer company automatically unlocking higher discounts for a certain community once pollution levels go below a certain threshold, a sunglasses company airdropping 100 pairs of luxury sunglasses at the exact time of a solar eclipse, or a mining company releasing benefit A when the raw material price reaches level B. Commercial contracts and micro-transactions will effectively become smarter and evolve in sync with branding and marketing objectives.

How to tokenize a business model

Tokenizing a business doesn’t happen overnight. The execution differs from more traditional business reengineering and can scare non-digital-native executives. While each situation is unique, almost all successful fully or partially tokenized business models consist of the following five layers: 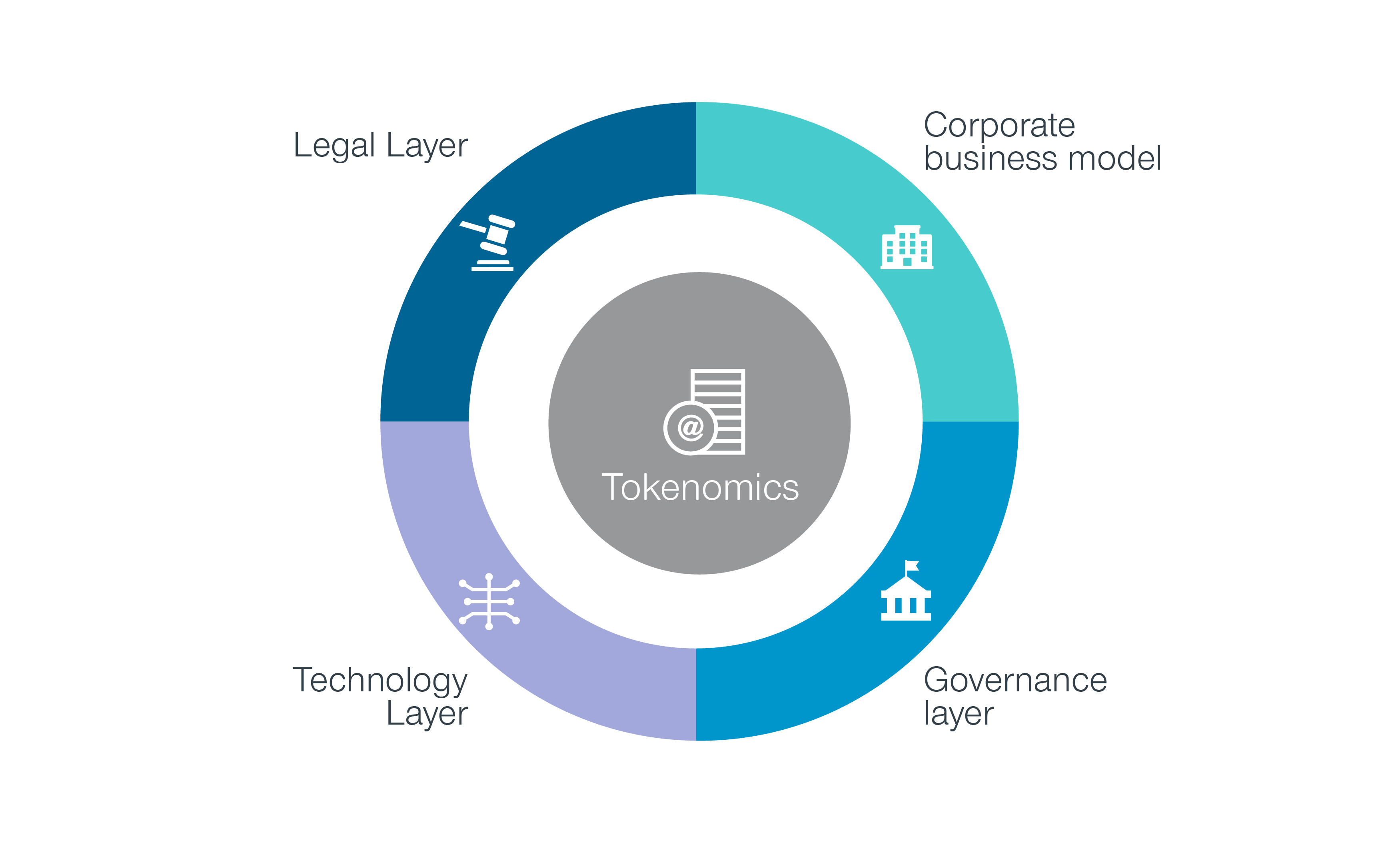 When upgraded with programmable and self-executing smart contracts in decentralized environments, tokenization brings the very notion of a contractual agreement between two parties to a whole new level. Nobody, including the most confident cryptocurrency evangelists, can fully predict how big tokenization’s impact will be on finance, commerce, and trade. For now, the technology is still in its very early stages of development and adoption. It is characterized by symptoms including high volatility, knowledge asymmetry, and innovations focused on improving existing applications. The recent crypto market crash will certainly slow the pace at which venture capital funds invest in innovations and decrease the speed of mainstream adoption, but tokenization’s dazzling potential makes the technology almost unstoppable. Unlike many past innovations, the Web3 infrastructure is characterized by an open-source culture and on-chain hooks (i.e., the opposite of IP protection for programming), which considerably accelerate time-to-market and commercial creativity. Fasten your seatbelts, everyone. Things are about to change very quickly.

This article will be followed by a discussion with Prof. Dr. Philipp Sandner, Founder and Head of the Frankfurt School Blockchain Center.

To read more about how Simon-Kucher can unlock your growth in the metaverse and Web3, click here. 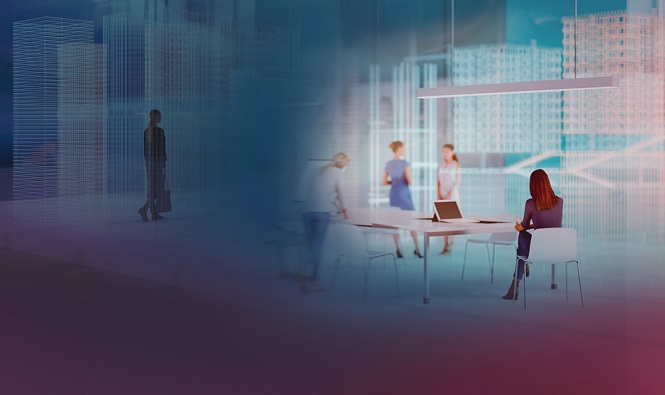