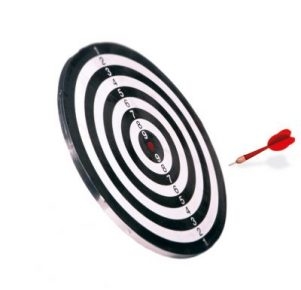 It really is a genius idea. A pair of glasses that can project information or perform actions on a virtual screen, quite literally, in front of your face – all you have to do is ask.

Google Glass’ potential to be a transformational tool for professionals is huge. Truck drivers, train conductors or airplane pilots could instantly access directions and reports to help them quickly and safely navigate without lifting a finger or averting their eyes. Machine operators could be fed up-to-the-minute information about a manufacturing process. Police and security personnel could receive real-time data about threats around them to better protect the public. Physicians could retrieve health records and rapidly analyze test results while their hands stay steady on vital work. The list goes on.

But the professional and B2B audiences weren’t a priority for the makers of Google Glass. Instead of doctors, it was digerati; rather than engineers and executives, it was journalists and celebrities. The idea was these technos and A-listers would pay the princely price of $1,500, fall in love with the product, and then use their online pulpits to urge others to buy it too. Only it didn’t happen that way and Google pulled the plug.

Instead of a big hit, Google Glass was a massive flop. Tech glitches and privacy concerns aside, Google Glass didn’t fail for lack of an innovative concept. It failed because it entered the wrong market as what we call an “undead product” for its initial target audience: everyday consumers using smartphones. Had Google targeted commercial applications first, and focused on developing the product for the business segment, Google Glass would likely still be alive – and thriving. For the broad consumer segment, however, it answered a question no one was asking.

Google Glass isn’t the first to make such a misguided mistake. The technology sector is riddled with big enterprises and smaller startups alike that just don’t know how to monetize – before the product is developed. Instead, these companies and their innovators are so focused on (and passionate about) what they’re building that they don’t zero in on who they’re really building it for and which markets to prioritize. Strategizing about sustaining the product as a business is an afterthought.

It’s an unfortunate waste (think how much Google must have invested in Glass) But it doesn’t have to be this way. How and when you monetize your genius idea is critical to getting it off the cutting room floor. Rumor has it that Google is taking a second shot at Glass. Here’s hoping they take our advice and design the product around the price – and the right people. 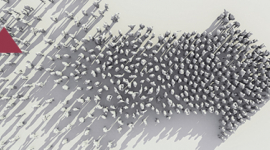