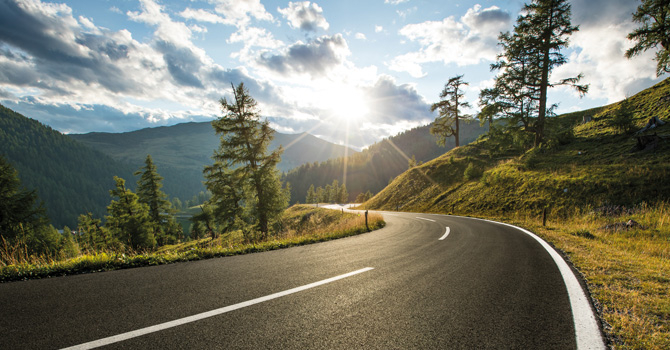 Carmakers from emerging markets, notably from China, have their eyes set on the European market to ignite their next stage of growth. Interestingly, many are not established carmakers but rather EV start-ups. What are their chances of success in Europe? We kick off this new series by discussing how aspiring newcomers can set off strongly on their odyssey to Europe. While we deal with the automotive market in this series, the general thoughts are equally applicable to other industries.

Already over a decade ago, The Economist featured an article on the challengers, addressing the rise of multinationals from emerging markets. Dramatic progress has been made since and companies from emerging economies have started to play an active role on the global stage. Their voice is growing louder every day, challenging the global dominance of established incumbents. The automotive industry is a case in point.

Tesla is breaking the old order with its full-electric “sexy” lineup. Meanwhile, the established powerhouses are struggling to keep abreast of the trend toward electrification and digitalization without being pushed to the sidelines. Inspired by Tesla, electric vehicle startups have mushroomed around the world, including emerging markets. Especially in China, newcomers have been making great strides since their inception. For the first time in recent history, Chinese carmakers have shown the potential of a potential global player, competing and winning on quality not on price.

Looking back, Chinese automotive players have long faced tough competition from well-known European manufacturers on their home turf. Meanwhile, some Chinese automotive players have entered Europe, primarily through acquisitions of European brands, such as Volvo and MG Rover. However, in terms of domestic brands, companies are yet to establish a presence in mature markets outside of their own borders. To tackle slowing sales growth at home, the Chinese car revolution needs to go truly global: integrating domestic brands into international markets.

Can China fulfill a growing appetite for innovation and electric vehicles?

One sector of the Chinese automotive industry that has seen particularly rapid growth is electric vehicles (EVs). As of January 27 2021, Chinese companies take nine spots among the top 25 carmakers by market cap. Four of these companies, Nio, Xpeng, Li Auto and Evergrande make exclusively electric vehicles, while BYD and Great Wall Motor and the like have been doubling down on EVs in recent years.

Having recognized that EVs could provide a clear path to the successful globalization of the automotive industry, in 2009 the Chinese government began pushing the country’s EV market. In 2011 and 2016, further tax exemptions and subsidies were introduced for an additional boost, peaking in 2016. These attractive incentives have played a key role in the sector’s development and were recently extended until 2022, albeit with some reductions. Therefore, many Chinese automotive companies are in a strong position to specifically target the EV market for their expansion into Europe.

There is no denying that the growing EV market is already on the minds of European automotive companies too. Europe has seen significant electric vehicle sales growth, overtaking China as the world’s biggest EV market in 2020, including BEV and PHEV. Among all European countries, Germany rose to the second largest single EV market worldwide, next to China. Stricter European Union emission standards, an expanding charging network infrastructure, restrictions on internal combustion engine vehicles, and launches of numerous new EV models, including the long-awaited Volkswagen ID.3, have allowed the market to continue on its growth course despite the COVID-19 crisis.

While attempts with gasoline-powered vehicles have previously failed, Chinese EV brands have the potential to make inroads into Europe. China is already a global manufacturing and export hub for EV supplier parts and EVs are a golden opportunity to become a leader on the global stage – but companies need to move fast. Competition in Europe is set to intensify in the coming years as new legislation puts pressure on OEMs to bring more EVs to market. For those with the agility to move quickly, the time is now.

Improving Chinese car brand image, at home and away

Another desirable side effect of seeking opportunities outside of Asia is that success in European markets would endorse an upscale brand image of the Chinese carmakers on their home turf, too. Chinese brands already own the domestic EV market – a wake-up call for German carmakers used to selling over one third of their cars in China. Still, after many years of competing with domestic rivals on price, brand strength in Europe would give Chinese companies a winning edge.

Chinese brands have proven to be serious players and are now targeting Europeans. Just think about Huawei’s successful break-through into the European phone market. However, automotive companies must first weigh up the risks of venturing far from home. Many are rightfully wary, having witnessed previous flopped attempts to attract Europe’s “picky” customers. In an interview with Automotive News Europe, BYD Auto Europe Managing Director Isbrand Ho put it perfectly when he said, “If you launch successfully, you can rely on that success for many years to come. If you launch improperly it will take many years to fix that.”

Figuring out the marketing part of the equation and selling under a Chinese will be key to conquering one of the world’s most challenging markets. Before departure, companies must address six important pillars:

In this series, we cover each of these pillars in detail, highlighting the common pitfalls faced by Chinese automotive companies while exploring the realities of the European market. Stay tuned for part 2, where we will be discussing how to identify target customers and overcome the biggest barriers to entry. In the meantime, check out our upcoming Automotive Breakfast Club webinars. Our EV Commercial Compass session addresses a selection of marketing and sales topics that have been on industry executives’ radar for a long time.