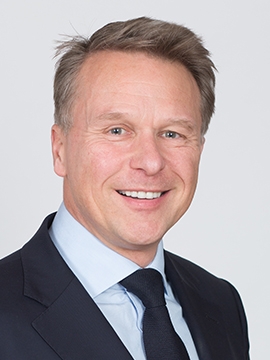 Kai Bandilla is a Senior Partner with Simon-Kucher and since 2010 a Member of the Board. He leads the Simon-Kucher offices in Western Europe (France and Belgium), Eastern Europe (Poland and Turkey), Asia (China and Singapore) and Australia.

He started his career in the sales force of Rank Xerox before joining Alexander Proudfoot in Germany. In 1991, Kai joined Roland Berger and became a partner in 1998. He consulted leading companies across Europe mainly on strategy, marketing, PMI and organization projects.

Prior to that, Kai studied Business Management at the University of Saarland and at the ESCP-EAP School of Management. In 2000 he attended the Stanford Executive Program at the Stanford Graduate Business School in California.

Kai has lived in Paris for 30 years and is a member of numerous French-German associations. For 8 years, Kai has been lecturing the pricing course of the Masters program at the Paris Dauphine University. Since 2008, he is also a visiting lecturer at INSEAD.