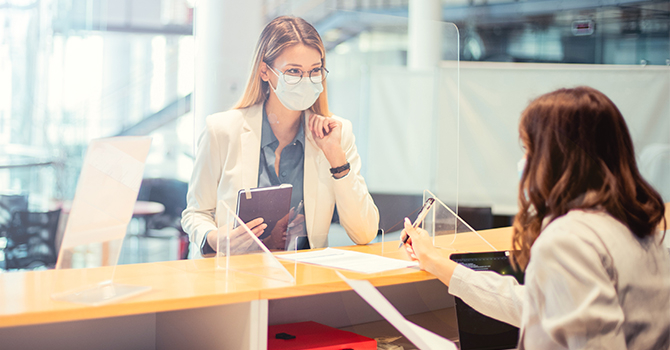 Our recent study on banking usage and customer expectations in the French market, reveals the strengths and weaknesses of new online players. Experts Florent Jacquet and Alexis Chery explain the rising value Millennials place on personal banking advice, and how it can be an essential growth tool for traditional banks.

According to our study, online banks continue to gain market share with a 25 percent increase in the number of customers by 2020, for a total of 12.5 million. It is important to note that there is also a concentration effect in terms of subscriptions, where customers stay loyal to one bank. The “Top Four” online banks now capture 90 percent of this market. These include pure players like Boursorama and Compte Nickel, as well as N26, the German neobank (operating exclusively online). In fact, Compte Nickel has recently been bought by BNP Paribas, and is now aiming for European expansion.

38 percent of French Millennials say they have at least one account with an online bank, compared to 22 percent of those aged 40 and over, ensuring the long-term success of these “Top Four”. That said, the majority of people in both target groups continue to hold an account with traditional banks.

However, this price transparency is also important when you consider that almost half of French people do not know the amount of their bank charges. This figure drops to one third in the case of online banks! So, there is an obvious opportunity for clarification among traditional French players.

Customer experience is also crucial. A mobile app that runs smoothly, the speed of subscription, and instantaneous bank balance updates are criteria almost as valued by users as pricing items. These are elements which traditional banks still seem to have potential for improvement.

The banking advisor: an opportunity to monetize, if properly understood

In the context of the rise of online banking, one might expect the banking advisor’s perceived value to be challenged. However, the reality is more complex.

GAFA: a clear dividing line between Millennials and over 40s

Google, Apple, Facebook, and Amazon (GAFA) obviously have a role to play in this context. When it comes to providing banking services, Millennials trust these sites far more than the over 40s do. This implies that GAFA will have an even greater role in the future. However, this expected role is currently limited to payment services – GAFA are not particularly expected to offer savings or mortgage services, for example. Moreover, mistrust of data use remains very high in France, and could limit further development.