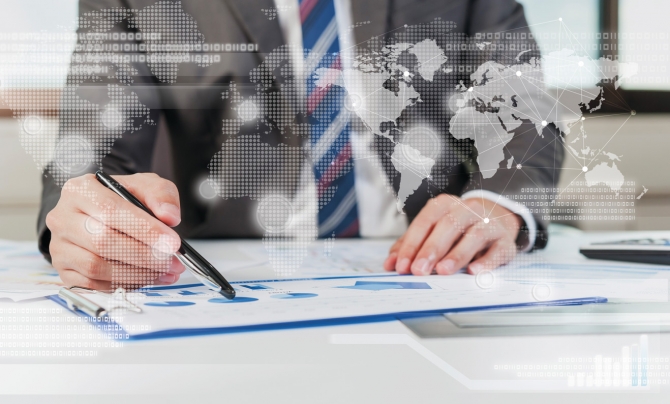 Prices and therefore returns in the Swiss private banking sector are under great pressure. The rising price sensitivity of clients in a low interest rate environment as well as increased competition ever since the eradication of the Swiss banking secrecy have been weakening Swiss banks for several years. Now, present and prospective regulatory measures are intensifying this trend.
What follows is an overview of the current developments in the market:

1. Transparency of fees and costs:
As of January 1, 2018, banks within the EU are required to provide their clients with an ex ante overview of expected costs and the effects on the performance of their portfolio. Banks have implemented the increased cost and fee transparency, prescribed by MiFID II, in many different ways: everything from clear and concise facts to complicated and lengthy reports can be found.

Nearly all banks have chosen to disclose clients’ total annual charges by showing calculations of costs and fees using different standardized client profiles, where for each profile the calculated annual charges are revealed. They consider the most important types of fees such as custody, advisory, management, transaction and retrocession fees as well as the issue surcharges for funds. Therefore, for the first time, clients are receiving an immediate overview of their prospective annual charges. This consolidated transparency is new, as in the past clients only received such information at a much later stage. Previously, the transaction-based fees were revealed when executed, while the asset-based fees were communicated on a monthly, quarterly or annual basis. Prior to these changes, most clients were unaware of potential performance impairments of their portfolio caused by retrocessions.

At present, clients’ reactions remain reserved, most likely due to the obscure nature of the reports. At the end of the year however, banks have to provide them with an overview of their effectively paid prices, which will most likely lead to an outcry from the clients. Since the beginning of this year, one Swiss financial institution has already started to give its clients a monthly account of charges. Despite the institution charging market rates, many clients were taken aback by both the direct and the indirect total charges they incurred. As a consequence, the institution is now confronted not only with new special conditions but even with demands for cancellations and reimbursements.

In order to prevent similar scenarios, banks should develop a suitable strategy for communicating their values and properly train their relationship managers. Banks that have already transferred their clients to the new advisory mandates enjoy an advantage as they have been “forced” to communicate their values towards their clients and by now have established a clear relationship between value and price.

2. Client rather than product perspective:
Over the past years, the UK has taken on a pioneering role regarding groundbreaking regulations in the banking sector. As early as 2006, the Financial Service Authority (FSA) in the UK formulated the “Treating Customer Fairly” (TCF) requirements. Yet for a long time the requirements hardly had an effect at all on the action of banks in the UK. That changed when in 2015 the UK’s Financial Conduct Authority (FCA) formulated six principles providing banks with clear guidelines for the design and distribution of banking products. In addition, the introduction of MiFID II in the European banking landscape further forced transparency towards clients.

Recent developments have shown that banks are reacting by strengthening their focus on pricing. In fact, the FCA has announced it will examine several UK banks regarding their pricing and the way they grant special conditions to their clients. The banks chosen by the FCA will be required to disclose their pricing and prove that clients with similar behavior and investment structures are also charged similar prices based on the notion of ‘value for money’. Of course, up to now, in practice this is not always the case. The FCA is aiming to change this by enforcing the new regulations. This will inevitably have an effect on banks’ awarding of special conditions. While special conditions might still differ between clients in the future, they will have to be based on understandable criteria and can no longer be arbitrary. For example, two clients who have invested the same amount of assets might still be charged different prices as long as, say, one client already has taken out a loan at the bank while the other has not.

These developments represent a fundamental change to banks’ pricing models since there is a shift from isolated product pricing to cross-product client pricing. This mechanism can either be implemented through the “official” list price structure or the granting of special conditions. A development well established in other industries is now taking over the banking sector.

3. Cross-border value-added tax for private clients:
While cross-border value-added taxes (VAT) between two companies have been applicable since the mid-1960s, VAT is currently not collected for cross-border services between a company and its private clients. Thus, if a bank registered in Switzerland provides a service for a client residing in Switzerland, it charges VAT. On the other hand, if the same bank provides a service for a client domiciled in, for instance, Germany, it does not charge him a VAT.

This leads to a distortion of the competition since Swiss banks are able to serve foreign clients with a more competitive total price compared to their foreign competitors. This taxation gap has arisen from the improvements in information and communication technologies (ICT) over the past years. A decade ago, cross-border services between companies and private individuals were a rarity. Now, through the advancements of ICT they are ubiquitous.

For these reasons, the Organization for Economic Co-operation and Development (OECD) announced a revision of the existing VAT rules back in 2016. The revision is planned to be more closely in line with the current rules for service provisions between two companies, where the domestic client (and not the foreign service provider, i.e. a Swiss company) is required to pay the domestic VAT.

This approach, called “reverse-charge mechanism”, was chosen because it does not require foreign companies to know all specific VAT rules for every country it operates in. However, since individuals who are international clients of Swiss banks cannot be expected to correctly transfer the VAT to their domestic country unlike companies would, it will be the responsibility of the foreign, i.e. Swiss, bank to do so. To achieve this, simplified VAT registration processes are planned in the particular countries.

Even if these rules are basically intended for IT companies, the consequences for countries whose banking sectors rely heavily on offshore business activities, such as is the case for Switzerland, are immense. Swiss banks are required to depict the tax systems of their clients’ countries. This process is extremely complex, not only due to the variations in tax rates between different countries, but also because the taxable services vary from country to country. For example, while Germany collects 19 percent VAT on custody fees and does not collect any VAT on transaction fees, China not only collects VAT for all services but even for interest.

The complexity of such an implementation in the context of current banking systems is a Herculean task for banks. Yet the even greater challenge is posed by the effect the new VAT rules will have on competition. Swiss banks will become radically more expensive for their foreign clients – by 15 to 25 percent depending on the country. Thus, the Swiss banking place will either become less attractive or Swiss banks will have to adjust their prices downwards, jeopardizing their profit margins. Ideally, banks should deal with identifying the optimal structure of their pricing models early by considering their foreign clients’ tax burden in order to minimize the effects VAT will have.

From the clients’ perspective, these initiatives in the context of the trend towards increased transparency and fairness are welcomed. Banks on the other hand face unwelcomed challenges, which nonetheless come hand in hand with opportunities. By clearly combining services and prices of differentiated investment advisory products, and by communicating special conditions in an easily-understandable manner, banks can gain the trust of their clients and ultimately a competitive advantage in an increasingly transparent market. The precondition for achieving this is a proactive approach to the changes lying ahead, or else banks risk being caught on the wrong foot and reaping considerable loss.