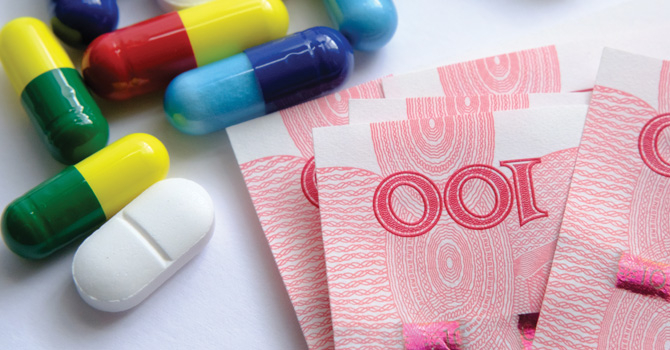 China’s 2020 NRDL (National Reimbursement Drug List) results are out, marking many firsts in history. In this article, we revisit the three themes and five predictions from our NRDL perspectives last October, and cordially invite you for a quick survey on its future outlook.

China doesn’t take a break over Christmas, which works out well for the NHSA (National Health Security Administration). On December 28 2020, the NHSA released the much-awaited official results of the latest NRDL update.

As expected, the 2020 NRDL marked several firsts in history,

In October 2020, we shared our perspectives on the 2020 NRDL outlook, identifying three key themes and making five predictions. In this article, we revisit these themes and predictions, building on our ongoing monitoring of the processes and outcomes, as well as first-hand insights from industry players and key stakeholders.

Theme 1: NRDL processes evolve to include more engagements and interactivity

While this was evident and refreshing from the start of the 2020 NRDL process in August, it became clearer as the processes unfolded. 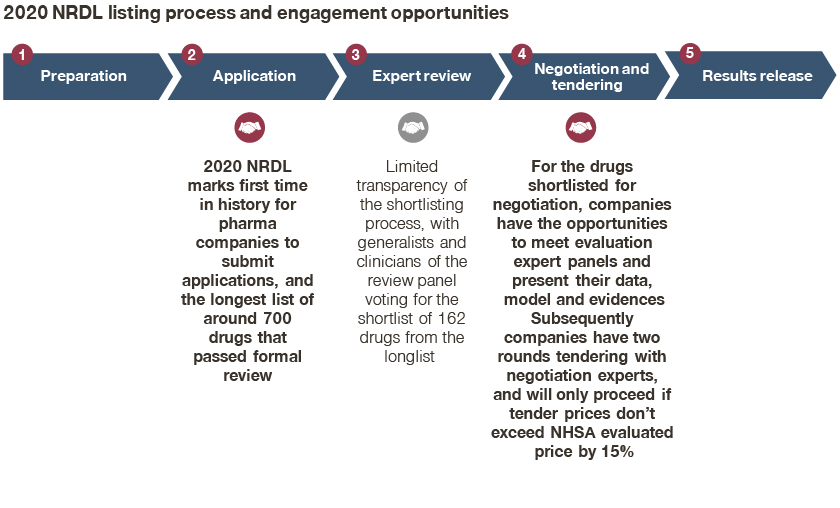 At the same time, there was limited transparency and visibility on the shortlisting process from around 700 drugs to 162 candidates, underscoring the importance of engaging review experts earlier on, and highlighting the intense competition reflected in theme 2.

Theme 2: Long list of drugs going into the NRDL translated into intense competition

After overcoming the competition to get into the shortlist, the candidates were further evaluated by separate panels on the basis of pharmacoeconomics and budget impact, and were divided into five negotiation groups that went through two rounds of price tendering.

The NHSA made an interesting change to the NRDL formal review eligibility on August 17 2020, so all drugs approved by that date were encouraged to submit their applications. Most newly approved drugs seized the opportunity, and many were not disappointed;

Besides the three themes we identified, Simon-Kucher made five bold predictions on the 2020 NRDL in October, and here is the readout of them.

Please reach out to our experts to receive the full Simon-Kucher NRDL readout for an in-depth revisit of our five predictions, and score us on our hits and misses.

Furthermore, we cordially invite you to participate in our NRDL outlook survey with a few simple clicks here, and we will share with you the in-depth analysis of the aggregated results: