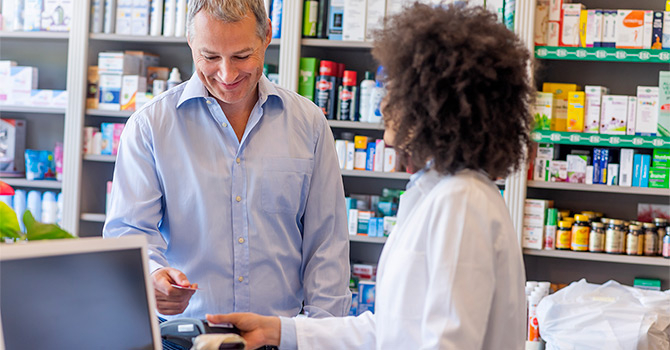 Growing price pressure and an increasing number of failed price increases: Even though companies in the consumer healthcare sector realize the potential of pricing as a profit driver, they aren’t successfully tapping into it. One reason for this: price wars. 3 tips on how to disengage from or completely avoid a price war.

These are challenging times for the consumer healthcare (CHC) industry. The sector is dominated by growing price pressure, and companies are repeatedly unsuccessful in their attempts to implement price increases. However, rather than turning to price as a profit driver, the industry is engaging in more price wars than ever. This was one of the main insights from our Global Pricing Study (GPS) 2019. In this renowned survey, we ask executives and managers across all major industries worldwide for their views on trending pricing topics.

About 72 percent of the consumer healthcare companies surveyed stated they have experienced higher price pressure in the last two years. Despite this being a slight decrease from the last survey conducted two years ago (five percent lower), the perceived cross-industry average decreased twice as much (by 10 percent).

Have you experienced higher price pressure in the last two years?

Price pressure isn’t the only pricing challenge consumer healthcare companies are facing; many are also struggling to achieve their pricing goals. As the GPS shows, 85 percent of CHC companies want to raise prices, but only one in four companies surveyed plan to increase prices above inflation – a very conservative strategy. Moreover, CHC companies aren’t following through with their planned increases. In the last year, 66 percent of companies failed to achieve even half of their intended price increases, and only nine percent were able to achieve between 80 and 100 percent.

Price wars are the root of current challenges

One source of these problems is the high number of companies involved in price wars. About 72 percent of CHC companies reported being directly involved in a price war at the time of the survey. With only 57 percent the number is much lower across all industries. What’s even worse: 82 percent of CHC firms admitted to having started a price war themselves, with 57 percent stating they did so intentionally. The percentage of companies that knowingly initiated price wars is, again, significantly lower across industries (33 percent). 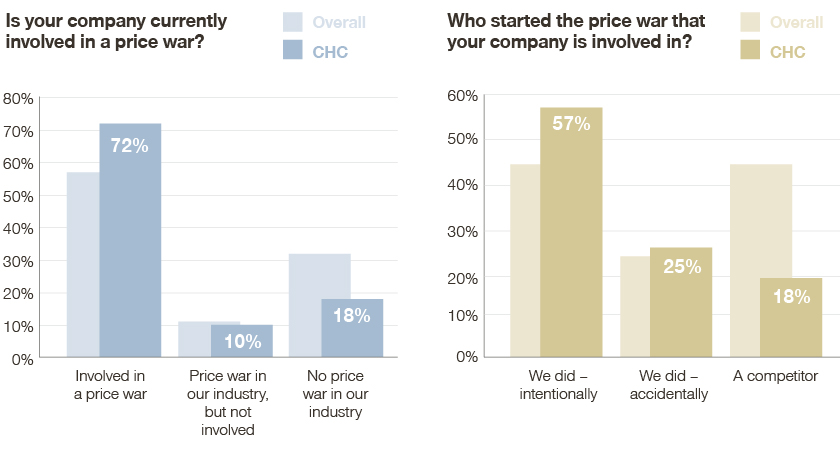 Looking at these numbers, it’s not too far-fetched to conclude CHC’s tendency to start and conduct price wars is a major reason for the pricing challenges in the industry. The consumer healthcare industry initiates the tense situation in the market through price wars themselves. As a result, companies are struggling to carry out their planned price increases, even though they know they need the profits generated to secure the budget for innovation and growth.

How to stay out of price wars in 3 steps

But how can CHC companies stop participating in price wars? Or even avoid them altogether? From our experience, we recommend three steps to stay out of the danger zone: