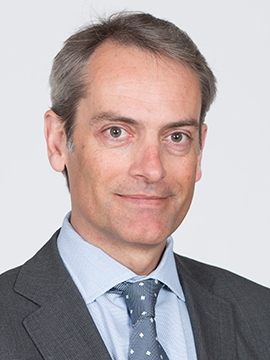 Eduard Bonet is Managing Partner of Simon-Kucher’s Iberian (Spain and Portugal) and Latin American division. He holds a BA and an MBA from ESADE Business School (Barcelona) and has over 20 years of experience in consulting, with a special focus on consumer goods and retail.

He started his career in a consultancy firm focused on SMEs before joining Europraxis Consulting in 1999. In Europraxis he became a partner in 2006 and was the global leader of the consumer goods, retail and industry sectors. In 2014, Eduard joined Simon-Kucher and was appointed Managing Partner of the Iberian division in 2015.

He specializes in commercial strategy, with a particular focus on growth strategies, revenue management optimization and go-to-market programs in consumer goods and retail sectors. He has worked on numerous projects for both leading multinational corporations and mid-sized local firms, mostly in Iberia (Spain and Portugal) and in major Latin American countries.