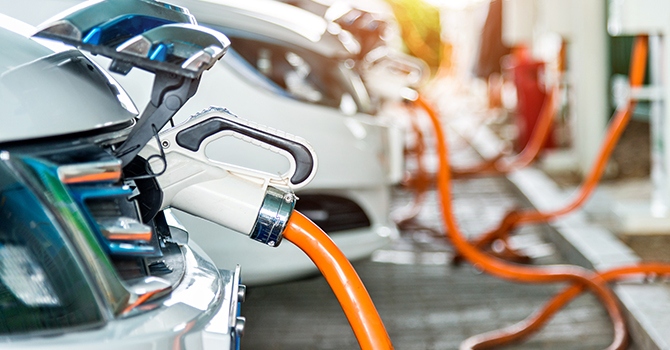 Domestically, Chinese automakers are outrunning established western manufacturers in the race to electric vehicles. Looking to expand overseas, it is high time western incumbents better understand the incoming competition. In part 2 of our new series we explain who these newcomers are, and how they are impacting the European market.

In the race to electric vehicles (EVs), Tesla remains the one-to-beat. Its sharp rise to stardom, coupled with its unrelenting technological advances, makes Tesla a formidable top dog – but for how much longer?

In its shadow, admirers have been quietly working away, catching up thick and fast. A recent study has found that Chinese car manufacturers are selling more EVs per hour than established western automakers. Just who are these domestically dominating companies, and what impact are they having on foreign markets? To better understand the competition, it is best to divide Chinese EV companies into three categories:

China’s largest automaker, and the second largest in the world, is the world’s leading producer in rechargeable batteries. Coming second to Tesla in selling the most EVs per hour, this Chinese behemoth already has a strong presence in Europe.

In 2020, the company chose the perfect time to launch its Tang SUV in Norway. Not only were three-quarters of all cars sold in the Nordic country electric, but Tesla fell out of favor. Facing fraud charges, Tesla’s weakening brand equity has left crucial room for customers to switch loyalties.

There may not be any Geely-branded cars on the road, but the prominent Chinese OEM owns Volvo, Polestar, and Lotus. The Polestar 2 seems like a Volvo from the outside, but is actually a feat of Chinese engineering on the inside. The car has been well-received in Europe – a positive start for Volvo (and Geely), who have pledged to be all-electric by 2030.

Volkswagen Group (VW) and SAIC Motor founded their joint venture in 1984, but only kicked off mass production of their fully electric SUV ID.4 series in 2020.

As expected, Europe’s leading automaker is finding no issues selling its electric vehicles at home. Yet, it is struggling to meet its targets in China. In May 2021, the company only sold 1,213 electric vehicles on the Chinese market, 200 less than it did in April.

It’s clear that VW seems to have missed the mark when it comes to attracting Chinese consumers – who value technology over brand loyalty. New energy vehicles in China offer unique advanced technological features, lacking in western models. Western incumbents must be prepared for when these new models become widely available to tech-savvy, environmentally conscious Europeans.

As the demand for electric cars continues to grow exponentially in Europe, so automakers are looking to electrify iconic models. With the help of China’s Great Wall Motor, BMW’s MINI is undergoing such a transformation. While its home is still very much in Europe, the technology driving it to the future is Chinese. Now, in Germany, as many as one in four BMWs are electric.

The speed at which these Chinese EV companies have garnered success domestically is not simply down to luck. In following articles we will reveal how these upstarts are ahead of the game domestically, and what they are bringing with them to foreign shores.

Racing to outshine Tesla, NIO has gone from startup to one of China’s Top 10 EV brands in less than a decade. The one-to-watch, it has made its European debut in Norway, aiming to enter the wider European market from 2022.

In 2019, the AIWAYS U5 SUV arrived in Germany after having travelled an extraordinary 15,000 km from China. Since then the company has expanded to five European countries, and is showing no signs of stopping.

Another rival for Tesla to contend with, the Xpeng P7 is outdoing the Tesla Model 3 in the Chinese market. Xpeng’s self-driving system “Xavier” is also set to be on par with Tesla’s “Autopilot”. With 100 EVs already in Norway, this is another serious challenger.

More than a car…

Chinese EV startups, like NIO, strive to provide more than simply a mode of transportation. In part 3 of this series, we look at how they take an extremely personalized, user-first, software-centric approach. We explore how everything from their product offering, sales and marketing, to pricing strategy, presents a unique and new challenge to established western brands.