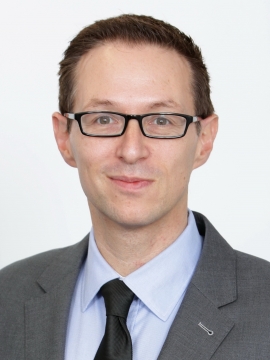 Eddie works with small “hypergrowth” companies and “unicorns,” as well as larger B2B corporations in the SaaS/n-sided market space. He also helps professional services firms optimize their pricing, including members of the AMLAW 100.

He is a frequent keynote speaker and is a regular lecturer at universities including Stanford, Yale, and Harvard. Eddie served as an internal editor of Simon-Kucher's bestselling 2016 book "Monetizing Innovation."

Prior to joining Simon-Kucher, Eddie started and operated multiple companies with a total valuation in excess of three billion dollars. This hands-on operational experience, combined with nearly a decade of international consulting, enables Eddie to integrate strategy, implementation, and feasibility into his project approaches.

Eddie received his bachelor degree in computer science/mathematics from Yale University. He earned an MBA in finance and marketing from the Wharton School of Business, where he was designated a Palmer Scholar (highest academic honor), and received special certification in project management from the California Institute of Technology. The Founder Institute has recognized him as a Global 40 mentor. A licensed attorney, he is a member of the California Bar and the Hague Institute on International Law (HIIL) Task Force on Justice.

Simon-Kucher appoints three US Partners and seven others globally