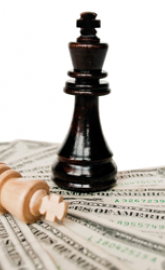 In September 2011, Bank of America, squeezed by the debit interchange fee cap introduced by the Durbin Amendment of the Dodd-Frank Wall Street Reform and Consumer Protection Act, announced its intention to impose a $5 monthly fee to its debit card users (Rauch, 2011). This brute force change in debit card pricing gave rise to a grassroots campaign (Lopez, 2011), which quickly gained traction through social networks and caught the attention of mainstream media. Bank of America was not the only bank involved in this “debit fee fiasco”—in fact, Wells Fargo, JP Morgan Chase, Regions, SunTrust, Citibank, and PNC all reportedly planned to introduce a $3-to-$5 monthly fee to their debit card users. As public backlash grew, a consumer protest movement called “Bank Transfer Day” (Pfeifer & Reckard, 2011) sprang up and called
for voluntary switches from retail banks to not-for-profit credit unions by 5 November 2011. The result: On 1 November 2011, Bank of America announced that it would cancel its plan to charge its debit card users, and the other banks backed off at around the same time (Sidel, 2011). Bank of America CEO Brian Moynihan acknowledged in the 4th quarter earnings call in January 2012 that the “debit fee fiasco” resulted in a 20 percent jump in account closings at Bank of America (Kim, 2012). Meanwhile, the National Association of Federal Credit Union reported a 700 percent increase in new account openings at affiliated credit unions in October 2011compared to the same period the previous year (FOXBusiness, 2011).