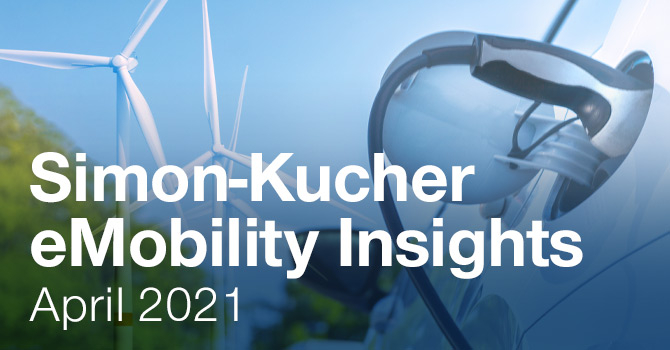 E-Mobility and electric vehicles (EV) are hot topics right now. In this series, you learn more about up-to-date market developments, exciting news, and the resulting implications for your business:

Progress in the energy market: Retailers are entering the charging infrastructure competition

Lidl acts as trailblazer: Charging infrastructure is a very volatile market right now, apart from public entities and energy suppliers, more and more retailers are seizing the provider market. With around 500 charging points at 320 locations, the German discount supermarket chain Lidl is pioneering this development. And it has ambitious plans: Lidl’s parent company, the Schwarz Gruppe, intends to increase the amount of charging stations so that in the not too distant future, every parking space of the 3,900 Kaufland and Lidl stores in Germany will provide charging for electric cars.

Additional retailers follow suit: Lidl is not alone in driving this development. Other large food retailers are also increasingly equipping their stores with charging options. E.g. discount supermarket chain Aldi Süd, which has currently a total of 1,500 charging stations in planning with at least 2 charging points per station. From 2021, the company intends to build 300 new charging stations annually.

Electric charging at retailers has a lot of potential: That food retailers are entering the charging infrastructure market makes a lot of sense. With their close-knit network of locations all over Germany, they are predestined for public charging and in the position to make remarkably increase the availability of electric charging in the future. With an average shopping time of 30 to 45 minutes, each shopper can conveniently charge their car for approx. 100 kilometers every time they go to the supermarket (a charging performance of 50 kilowatt direct current provided).

Retailers on the lookout for monetization opportunities: In the past, retailers offered their charging stations as an addition service for free. A nationwide roll-out of at least two direct current charging points at all suitable retail stores would cost between 200 and 400 million Euros, so with significant investments like these pending, they need to find suitable monetization models, for example:

• Lidl introduced a mandatory smartphone app for using their charging stations, where users have to register with their personal data. As a next step, it is likely that they will also have log in as a customer in the store to ensure that they were actually shopping during charging as well as to incentivize recurring purchases and increase customer loyalty.

• A standalone pricing model is also possible, we expect more and more retailers to offer paid charging in the future. This will then likely be available to both customers (probably at subsidized rates) and non-customers (at market rates).

• A third option are charging cards issued by retailers that also enable access to other public charging networks. Previously, retailers tried this approach with telco services like Aldi Talk, Lidl Connect. We expect to see integrated offers like this in e-mobility in the future, too.

Electric cars and batteries: Manufacturers and suppliers are changing gears

Introducing Hyundai Ioniq 5 and Kia EV 6: Hyundai and Kia revealed details about their first two midsize SUVs that have been from the very start built as electric vehicles. They share the same platform and will be on sale in late summer ’21. Both cars impressed the media with their 800 volt battery technology that has been previously used in the Porsche Taycan and Audi e-tron GT. Combined with Hyundai and Kia's recent joint investment in the Ionity high-performance charging station network, this promises a very unique charging offering in the volume segment.

More details on Volkswagen’s battery strategy: At its Power Day, Volkswagen revealed that the company intends to set up six 40 Gigawatt hours factories with partners like the Swedish battery developer and manufacturer Northvolt and plans to move towards a platform-like uniform battery cell format that will help achieve higher economies of scale in the volume segment. Volkswagen’s current battery suppliers LG Energy Solution and SK Innovation (who are producing cells in a different format) will likely lose one of their big customers soon. Interestingly, this freed-up capacity might actually fuel the growth of VW’s smaller competitors in the EV segment, where access to low priced battery cells was a limiting factor so far.

More direct and online EV sales: Volvo Cars announced plans to sell all planned electric vehicles from now onwards via direct online sales. Selling EVs online in an agent model setting and using the existing dealer networks only for servicing or marketing completely new EV brands will quickly become common. Not being able to have price negotiation between customers and dealers will be a benefit as well as a key challenge, since even without dynamic or personalized pricing OEMs will have to significantly change their way and speed of pricing in a then fully transparent market environment.

Automotive suppliers feel the change: The accelerating introduction of electric cars poses a variety of challenges for different suppliers: ZF shifted gears relatively early and can now announce a total 14 billion Euro order intake for electric powertrain components. In comparison, Bosch (hoping for a slower electrification of the automotive landscape) registered only 7.5 billion Euro order entry. Others only now have taken action. Like BorgWarner: They recently announced to have bought Akasol (a supplier of battery modules with less than 300 employees and under 100 million Euros revenue) for a staggering 730 million Euros. As you can see, the pressure is increasing everywhere and many suppliers will have to speed up their transition strategies, but also start to earn money with the new technologies by improving their monetization approaches.