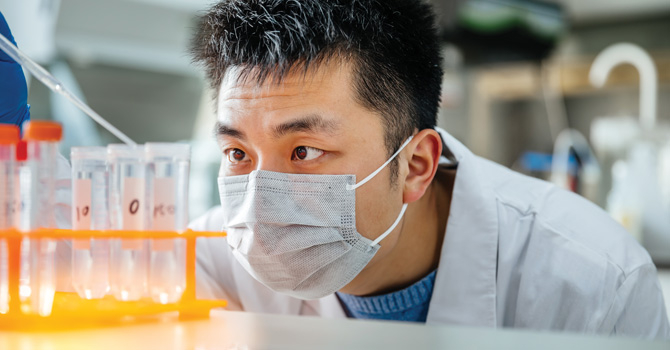 Chinese rare diseases environments are dynamic and rapidly changing, and a number of new access and affordability options are emerging for innovative therapies; To win in the market, it takes a patient-first mindset, creative approaches, and an actionable strategy tailored to the characteristics of innovative therapies and the unmet needs of Chinese patients.

Official estimates put the Chinese rare disease population at 20 million, and that is likely an underestimate. One reason is that it is difficult to identify and diagnose rare disease patients in China. Another is that the very definition of rare diseases in China has not been clear cut to date. Orphanet, one of the rare disease databases, recognizes over 6,000 rare diseases; of which only 121 made it to China’s official rare disease catalogue released in 2018.

Fortunately, this is not the end of story, as this was just the first batch of China’s rare disease catalogue, and the compilation of the second batch is well underway. More encouragingly, a number of policies have been rolled out, ranging from encouraging R&D and regulatory approvals of innovative therapies, to improving rare disease diagnosis and treatment standards, as well as preferential tax and reimbursement considerations etc.

At the same time, access and affordability have always been major hurdles for innovative therapies in China, and more so for rare diseases. In stark contrast to the uptake curves for new launches in many markets, a typical China trajectory features much slower initial uptake, impeded by market access challenges like provincial tendering and hospital listing, as well as patient affordability gaps, as it takes time for new therapies to be eligible for reimbursements in China, if at all.

For rare disease therapies, uptake is further constrained by gaps in disease awareness, diagnosis, and treatment expertise, as well as the dispersed patient population and affordability challenges, further limiting access to the patients in need.

Building on Simon-Kucher’s extensive experience working in the Chinese rare disease space, we have identified a number of actionable levers to overcome the challenges along two key dimensions: accelerating access and improving affordability. 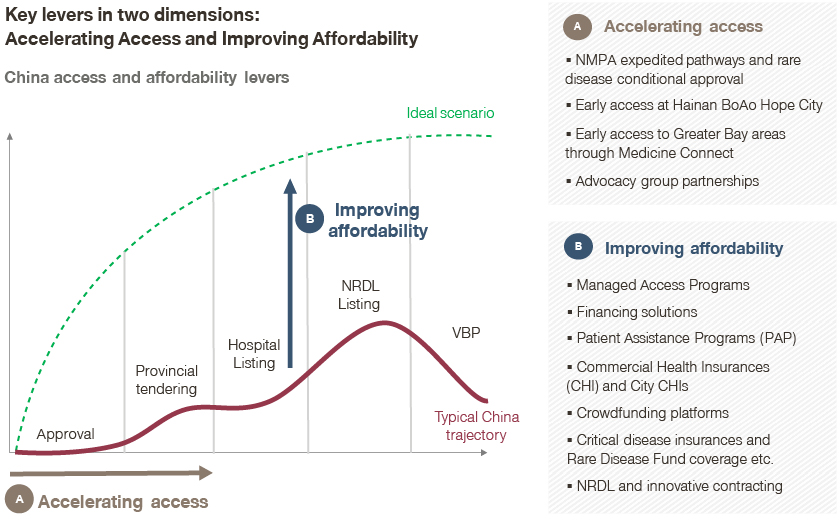 A number of recent developments have made it possible to accelerate market access in China, and in some cases early access to pockets of the Chinese market even before the formal regulatory approval by the NMPA (National Medical Products Administration), which in turn helps with the approval process.

Access options like those mentioned above help innovative therapies get to Chinese patients early, and sometimes well ahead of NMPA approval. The window is valuable in garnering goodwill and KOL support, as well as Chinese data and real world evidence, which are key for the eventual approval.

Moreover, some of the programs will continue to play key roles upon formal approvals and launches in China, and go a long way toward accessing the market and reaching patients.

New therapies typically come with high price tags, which poses particular challenges to many rare disease patients and their families. To bridge the affordability gaps, the full range of funding pathways should be taken into account, aimed at developing multi-channel solutions for the patients in need.

In summary, China’s rare disease environments are dynamic and rapidly changing, and a number of new access and affordability options are emerging. None appear to be a silver bullet, and it requires a patient-first mindset, systematic approaches to identify and prioritize the right combination of levers, and an actionable strategy tailored to the characteristics of the innovative therapies and the unmet needs of Chinese patients.