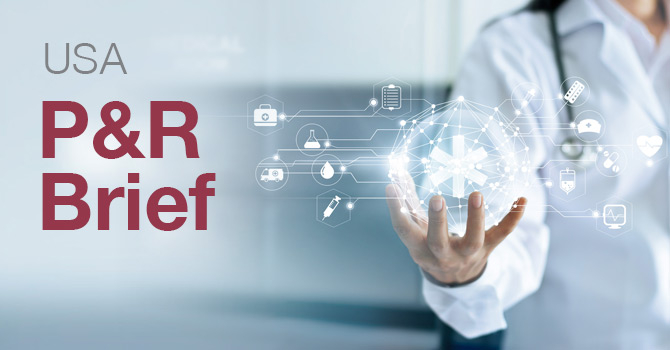 The recent Build Back Better Act presents an opportunity to completely change the healthcare market landscape in the US if certain provisions make it through the Senate. In this article, experts Nathan Swilling and Nikhil Pinto discuss four key provisions to watch as the Act goes through the Senate.

While evolution of the US health policy landscape generally follows a glacial pace, the recent passage of the Build Back Better Act (BBBA) by the United States House of Representatives (the House) offers renewed momentum for several potential upheavals to the healthcare landscape if certain BBBA provisions make it through the Senate. The BBBA includes several key prescription drug provisions, versions of which have been discussed for many years and have fallen short of approval. However, increasing bipartisan agreement and media focus on these topics, as well as the impending 2022 mid-term elections make for an interesting road ahead.

The BBBA version is narrower in scope than previously discussed but would still allow the federal government to negotiate prices for Medicare Part D (generally oral/self-injectable) drugs beginning in 2025, and Medicare Part B (physician administered) drugs in 2027. The drugs are selected based on Medicare Part B and D spend, and will be limited to 10 drugs in 2025, 15 in 2026-2027, and 20 from 2028 onwards. Drugs that fulfill the following criteria are exempt:

While such proposals in the past have tried to use international drug prices as benchmarks, this proposal defines an upper limit to the negotiated price as a percentage of the non-federal average manufacturer price:

For Part B drugs, Medicare’s payment would be based off this negotiated maximum fair price, rather than the average sales price (ASP). The penalties for not complying with the negotiation process include excise taxes and other financial penalties.

The proposal is expected to reduce Part D premiums and out-of-pocket (OOP) drug costs for Medicare beneficiaries, with the Congressional Budget Office (CBO) estimating Medicare savings of $78.8 billion and a modest impact on new drug development.

Expected to take effect in 2023 if passed, this BBBA provision limits the annual price increases of single source drugs and biologicals under Part B (the average sales price) and all covered drugs under Part D (average manufacturer price) to the rate of inflation. Importantly, this covers all units sold by the manufacturer outside Medicaid (which already has a similar price capping system) — i.e., the drug manufacturers would need to provide a rebate for the difference in price, relative to inflation, for units sold to Medicare / private insurance beneficiaries and the uninsured. Non-payment of these rebates is associated with additional financial penalties.

While the CBO estimates net savings of $49.4 billion, this provision could lead to higher launch price of drugs (due to limits on subsequent price increases). While insurance stakeholders could push back against higher priced drugs, this might be difficult in therapeutic areas with fewer alternatives or high unmet need. The potential increased launch prices can be tackled by the federal government under the Medicare Price Negotiation provision only if the drug meets the specific criteria.

Medicare Part D restricting and capping out of pocket spend

The current Part D structure includes different phases depending on beneficiary spend, including a deductible, initial coverage, coverage gap (aka, the “donut hole”), and the catastrophic coverage phase. During these phases, payments are covered by beneficiaries, Medicare, plan sponsors, and drug manufacturers at varying proportions. Importantly, once beneficiaries reach the catastrophic coverage phase (after spending $7,050 OOP), they are responsible for 5 percent co-insurance with no specific limit (unless they qualify for the low income subsidy [LIS]).

The relevant BBBA provision proposes both changing the structure of the Part D benefit (those responsible for payments) and capping OOP costs. Based on the new proposal, in the catastrophic coverage phase:

The CBO estimates federal spending reduction by $1.5 billion over 10 years, but the greatest impact would be for patients who are expected to see significant savings due to reduced OOP costs. The Part D restructuring, including the OOP cap, is expected to be implemented in 2024.

The BBBA provision would require Medicare Part D plans and private plans to charge patients no more than $35 per month as cost-share for insulin products, while private plans would need to cover at least one of each dosage form (vial, pen) and insulin type (rapid-acting, short-acting, intermediate-acting, and long-acting). Under this proposal Medicare Part D plans and MA plans would be required to charge no more than $35 for any insulin product covered in 2023/2024 and all insulin products in 2025.

The CBO estimates additional federal spending of $1.4 billion and a reduction in federal revenues of $4.6 billion over 10 years due to the insulin cost-sharing limits.

Drug pricing reform is gaining increasing attention by the federal government, the media, and the public, but these BBBA proposals still face challenges and further debate in the Senate. However, manufacturers should keep a watchful eye on the ongoing regulatory proceedings given the impending 2022 mid-term elections.

Note: This article only covers a few key healthcare provisions from the BBBA proposal. Please refer to the H.R. 5376 text for a complete overview of the provisions within the bill.