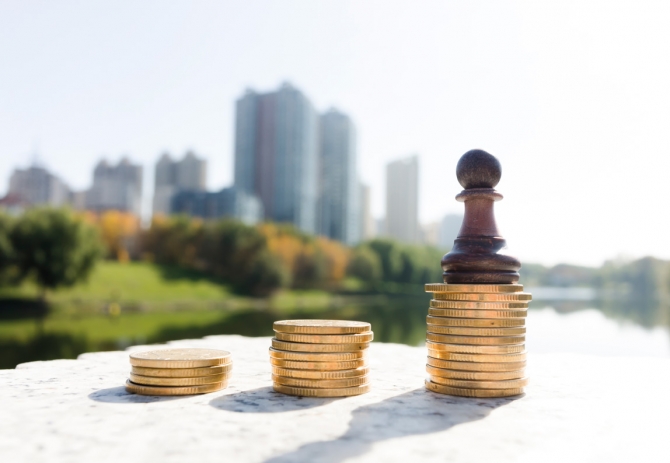 Peter Colman presents the fifth article in his series on behavioural economics in sales management – reacting to biases to grow profits. Here, he focuses on how too many pricing opinions and too few facts mean that a company’s most powerful profit lever is usually poorly managed or not managed at all.

The best thing a salesperson can sell is a price increase. Pricing is so important – in fact, it is the most important profit lever. Pricing is one of the most fundamental aspects of any business – every company has to set prices for its products and services. If the world was a rational place, pricing management would be a core competence of every firm, but in reality it almost never is.

The beauty of pricing, and price increases in particular, for sales leaders is that it all drops straight through to the bottom line. As one recently remarked to me about her salesforce, “If they can’t sell a price increase I don’t want them on my team."

At the same time, we know that many salespeople hate even the thought of price-related customer conversations, let alone price increases. Consequently, it should be no surprise that in the latest annual Simon-Kucher Global Pricing & Sales Survey (among 1,925 companies across major industries in over 40 countries – see www.simon-kucher.com/en/global-pricing-sales-study-2017), firms said that they typically achieve only 37% of their price increase target (ie. what they get versus what they set). This means that even if firms are setting increases to keep pace with inflation, there is a high chance that their prices are going backwards in real terms.

As a topline focused consultancy, Simon-Kucher conducts thousands of commercial excellence programmes every year. In previous articles we’ve covered a range of topics including incentives, sales strategy and tooling. This time we’ll turn our attention to how commercial leaders need to think about pricing, and how it can affect the perceptions of everyone from customers and competitors through to their own salesforce.

Here is a list of the six most commonly occurring psychological biases when it comes to salespeople’s pricing behaviours:

1. “THEY STARTED IT” (ATTRIBUTION BIAS)

“Our competitors are so aggressive on price.” In our study mentioned earlier, about half the respondents said they were in a price war. When asked who started it, 77% of those attributed it to a competitor. In other words, “We’re sensible and everyone else is a barbarian”. Hear it enough and it becomes the accepted “wisdom”. Just note that those same competitors are probably saying exactly the same thing about you. In our experience, poor price management accidentally starts a tit-for-tat reaction that can often become a damaging race to the bottom. In a management meeting, a recently-joined executive asked me to guess why their company’s profitability had suffered in the past. I suggested, “You’d reduced prices to win some more volume and your biggest competitor didn’t take it too kindly, so retaliated with a price decreases of their own?” There was a nod across the table.

I wish I were psychic, but alas I’m not. Like Groundhog Day, I have this conversation about once a month, except with a different firm each time. “You didn’t get any volume did you?” I asked. This time, a shake of the head. The unfortunately predictable result was that the market shares stayed the same while the profits of the warring firms took a nosedive. The task then is to claw those prices back. One way to reduce the chances of a price war is to try to estimate how competitors will react if you reduce your prices, as this is often overlooked in the estimates of increased volumes.

2. “WHO WOULD BUY A CHEAP BULLETPROOF VEST?” (FRAMING EFFECT)

This was a great example of a sales leader framing a conversation around “value to the customer” rather than cost-plus pricing. The firm in question was a yarn manufacturer, whose material was used in a variety of applications from tyres and heat protective clothing through to ballistic protection.

The price per kilogram was significantly higher when sold in the most critical applications, even though the
manufacturing costs were roughly similar. As the question posed above suggests, some things are worth paying more for.

This framing issue is so important for a sales team, and the sales leader needs to lead by example if they want to make a success of a “value before volume” sales strategy.

3. “YOU’VE JUST GIVEN AWAY A HOUSE!” (LAZY HEURISTICS)
It started as a discount request for a large deal from the account manager to the VP of sales. Would she approve an extra 10% discount? But where did the 10% figure come from? The VP of sales suspected it was not from a careful consideration (let alone any real knowledge) of the customer’s budget but rather just defaulting to a convenient heuristic. She knew that discounts are invariably packaged up in nice neat 10% increments.

So the VP of sales denied the request, with a demand that the account manager return with a more thought-through proposal. To make sure the lesson stuck, she translated that 10% into something tangible based on actual Euros. She knew that it pays to think in absolutes rather than percentages.

From a practical point of view, if you have a discount escalation policy, it would be worth moving the escalation points away from any nice round percentages to counteract these damaging heuristics.

4. “WHEN DOES MARGIN GUILT KICK IN?” (SUBSTITUTION BIAS)

Substitution bias is when we swap a hard-to-answer question for one that’s similar but much easier to answer. When it comes to pricing, a hard question is “How much is a customer willing to pay for this?” Consequently, salespeople will often substitute it for the much easier question, “At what gross margin will we start to feel guilty for making too much?”#

This magical guilt margin percentage varies from firm to firm but there usually is one. One answer is to hide cost information from the salesforce – they can’t affect costs. Instead, you can just steer their behaviour on price levels, which they can influence.

Salespeople rarely get to see all their colleagues’ proposals, let alone their competitors’ prices. This lack of available information means that they tend to believe their experiences are the true market reality (and some will be right).

So where does reality end and perceptions and bias become the dominant factors behind their price setting? It’s difficult to tell. If you ask them to talk through some of their high or low price submissionsthere will be an entertaining story behind every single one.

One nice way to get insights on this is to do a controlled request for proposal. We often include this exercise in our price training sessions. First, we create an imaginary yet realistic and familiar deal. Then we ask the salespeople to write down what discount they believe they would have to offer to land the deal. (By asking the salesperson to write down their answers, we avoid them being influenced by the opinions of their colleagues (ie. to counteract “groupthink”).

Considering the fact that all the salespeople are presented with exactly the same information, the wide range of answers back is usually pretty worrying for their sales leaders. For example, in a recent training course with 14 participants, we received 10 different discount answers, ranging from a 45% discount all the way up to a maximum of 75%! All for exactly the same deal. We then showed the results back to the sales team members and had them discuss how they would try to avoid their biases in the future.

The fear of losing a deal is a strong influencer of sales behaviour. A few years ago, we had a meeting with a managing director of an asset rental business who had commissioned us to do a pricing excellence project. Our analyses and mystery shopping had shown a huge range of prices being charged under fairly similar deal situations and this had prompted the MD to test this himself.

On one of his visits to a depot, he sat with an inside sales rep and listened in to a few of their inbound calls. The rep had a list price and limit rate card on the desk in front of them. While listening  into one of the calls, the MD pressed mute and told the rep to quote the list price.

The rep looked at him in disbelief as he rarely ever quoted that number, but rather a much lower “street price” he thought he needed to use to win deals. The MD told him not to worry about whether it was won or lost as it was “underwritten by him” but to just quote the £400 per day number. To the amazement of the rep, the customer accepted without trying to negotiate. After trialling a few more examples, and combined with the analyses insights, the pricing steering committee recommended changes to the rate cards.

A MATTER OF GUTS

In general, when compared to the other profit levers (costs and volume), pricing is far less professionally
managed. I presented a keynote at a recent conference with the provocative title “If you managed costs like this you’d be bankrupt”. I got some smiles at the start that slowly changed to worrying nods as the audience spotted a few too many home truths in the project cases I presented.

When done well, however, pricing can transform the profitability of the firm and so needs to be part of the toolbox of every sales leader. While its foundations lie in traditional economics, to do it well you have to also focus on behavioural economics and human psychology. As Jack Welch, former CEO of GE, observed, “Costs are a matter of facts, pricing is a matter of guts.”