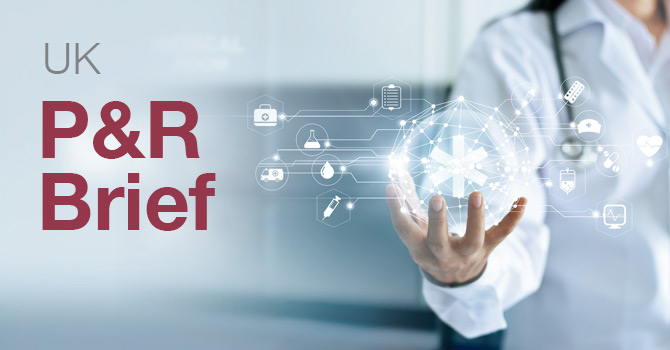 The 2019 NHS Long Term Plan and the Health and Care Bill are sparking changes across the UK healthcare system. Industry experts Cal Foden, Francesca Murphy, Graham Tatham, and Rachel Rowbottom reveal what these changes mean on a national level, and how manufacturers should adapt.

Special thanks to Sam Calderwood for contributing to this article.

Significant changes are underway for the UK healthcare system at both the national and sub-national level, driven in part by the publication of the NHS Long Term Plan in 2019 and the drafting of the Health and Care Bill.

In this brief, we are focusing on key national level changes to the UK healthcare system, such as the creation of the Innovative Medicines Fund (IMF) to support patient access through funding clinically promising treatments (despite existing data uncertainty), and the replacement of the end-of-life criterion with an incremental cost-effectiveness ratio (ICER) threshold weighting within The National Institute for Health and Care Excellence (NICE) Health Technology Evaluation Review.

Sub-national changes to the UK market, such as the evolution of Clinical Commissioning Groups (CCGs) to Integrated Care Systems (ICSs), and reallocation of products from national to sub-national commissioning, are addressed in the accompanying sub-national brief.

In July 2021, NHSE announced the creation of the Innovative Medicines Fund (IMF), a managed access fund operating alongside the Cancer Drugs Fund (CDF), consisting of £340m ring-fenced funding per year to support patients in obtaining early access to the “most clinically promising treatments”.

It is expected to function similarly to the existing CDF, in that it will provide NICE with a recommendation option to allow time-limited reimbursement for a “plausibly cost-effective” product during which additional evidence must be collected to address identified clinical uncertainties. The CDF, restricted to oncology, will maintain its ring-fenced budget of £340 million per year. This will result in a total £680 million of NHSE funding per year across the two programs to provide patients with “early access to potentially life-saving new medicines”.

The establishment of the IMF could potentially make the UK P&MA environment more attractive to innovative / highly specialized therapies, expanding the opportunity for earlier access to reimbursement while ongoing clinical trials are concluded. The CDF has provided funding for over 73,000 patients since 2016, often as relatively early reimbursement in the context of a global launch, and secured access to oncology products that would otherwise not have been recommended by NICE. The IMF has the potential to mirror this success for those non-oncology products that were previously excluded.

However, while the creation of the IMF offers opportunity for earlier reimbursement for therapies launching with less robust data, and consequentially increased cost-effectiveness uncertainty, it could represent a risk for manufacturers in that they will have to provide proportional payback should the budget be overspent. Given that a public consultation period on the IMF is currently underway and ending in February 2022, there is only limited confirmed information available. The scale of the opportunities and risks posed to manufacturers through the IMF remains to be seen.

NICE has been reviewing the methods, processes, and topic selection within their health technology evaluation since 2019 to streamline the evaluation process, accelerate patient access to promising new health technologies, and better support the life sciences industry.

In January 2021, we published a brief exploring the NICE health technology evaluation methods review. Since our previous publication, two further public consultation periods have been undertaken on the changes to processes and the draft program manual.

As discussed during the previous brief, NICE proposed removing the end-of-life modifier, which offers an uplift in ICER threshold for therapies that show improvement in survival for patients with short life expectancies, replacing this with a new modifier based on the severity of the disease. This was proposed due to society’s reported preference for prioritizing treatment for severe diseases over end-of-life treatments, in order to improve access inequalities.

The expected publication of the program manual in December 2021 (not published at time of writing) is anticipated to implement this change and quantify the severity of a disease by absolute and proportional quality-adjusted life year (QALY) shortfalls.

In order to reallocate QALY weights from end-of-life treatments to treatments for severe diseases, whilst remaining “opportunity cost neutral”, NICE has proposed two options for weightings (multipliers) that could be applied to QALYs gained. The final option will be confirmed in the program manual:

This approach will remain a temporary stopgap until NICE has determined the “magnitude by which society favours severe diseases” and corresponding QALY through research. However, NICE has not specified yet how they will determine this magnitude nor when they will complete such research.

The implementation of the severity-weighted QALY modifier would ensure non-oncology products can access ICER thresholds of >£30,000/QALY through the standard technology appraisal (STA), which was previously only really available to oncology products through the end-of-life requirements.

Secondly, this change has the potential to further increase the importance of possessing evidence of robust efficacy, given such data would increase both a product’s QALY and potentially the applied modifier, essentially providing a double uplift.

These changes signify that manufacturers will need to reconsider their strategy options for entering the UK market. The IMF could provide a potential early funding opportunity while additional evidence is generated and the consequential increase in data available at time of IMF reappraisal will potentially increase the new ICER modifier, both opportunities that were previously unavailable to most manufacturers.