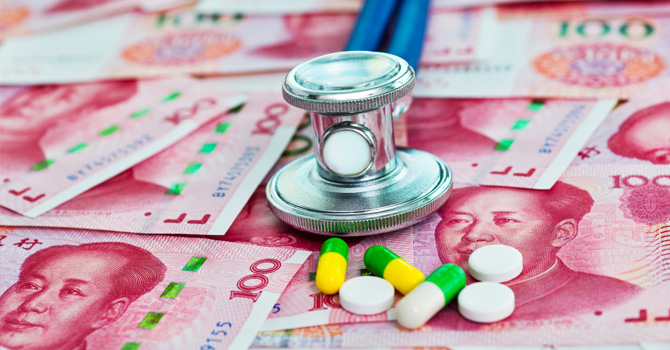 China’s 2020 NRDL (National Reimbursement Drug List) process has been unfolding since July this year with a number of new changes and interesting twists. Based on Simon-Kucher’s extensive experience and observations, as well as ongoing discussions with key players and stakeholders in the industry, we have identified three themes and made five predictions on the likely outcomes of 2020 NRDL process.

China’s NRDL (National Reimbursement Drug List) updates and negotiations have become one of the most watched events in recent years, and for good reasons. First of all, they directly affect all the industry players in the world’s second largest pharma market, including multinational pharma majors, biotech, and Chinese companies alike. Second, the results have real-life impacts and implications on the entire Chinese population, as access to and coverage of the right drugs could make a world of difference for the patients in need. Last but not least, there has been plenty of drama in the NRDL listing process. Price negotiations in particular could be very dramatic, or even melodramatic in some cases.

The 2020 NRDL process was slightly delayed partly due to the COVID-19 pandemic, but has been unfolding since July this year with a number of new changes and interesting twists. Based on Simon-Kucher’s extensive experience and observations, as well as ongoing discussions with key players and stakeholders in the industry, we have identified three themes that have made the 2020 NRDL even more interesting, and share five predictions on the likely outcomes of the process.

Theme 1 is evident from the timeline and stages laid out by the NHSA (National Healthcare Security Administration), in particular Stage 2 on soliciting submission of NRDL applications from pharma companies, which is different from previous years.

Theme 2 emerged as a result: The NHSA received a large number of submissions in August, and on September 18 it released a long list with seven categories of new entries that passed its initial formal review as per Table 1, making it the longest list of drugs in history to go into the NRDL process.

Theme 3 therefore stands out, as this year’s policies have been sending out a stronger signal than previous years, encouraging new and innovative drugs that address unmet healthcare needs;

Building on the three key themes above, as well as our extensive experience in pharma access and reimbursement globally and in China, Simon-Kucher has made five predictions on the 2020 NRDL:

Prediction 1: With around 700 drugs that have made it into the 2020 NRDL process, only a small fraction will make it to the final list.

Prediction 3: Price concessions will be substantial, and more so for Category V and VII with magnitude of cuts exceeding those seen in previous years.

Prediction 4: Pharmacoeconomics and budget impact considerations are becoming increasingly important and institutionalized in the 2020 NRDL.

Prediction 5: Innovative contracting models may emerge at the 2020 NRDL.

Against this backdrop, many pharma companies are recognizing and embracing the changes, and are moving forward with internal alignment, external engagement, and innovative thinking.

Having worked closely with leading industry players over the several rounds of NRDL updates and negotiations to date, we have witnessed firsthand how China’s access and reimbursement environment has evolved over the past decade, and each round seems to be another testimonial to the observation that the only thing doesn’t change is the change itself. The 2020 NRDL has lived up to that so far, and we expect to see more changes to come as the process further unfolds over the coming months.