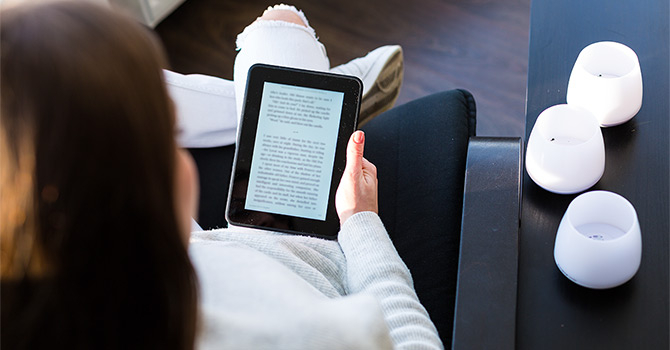 Digitalization: A major topic in the publishing industry. Not only regarding newspapers, but books as well. E-books as well as audiobooks are popular formats and grow in popularity in more and more target groups. What concrete figures are the basis for this development? Our most recent study provides answers about consumers’ reading behavior.

The publishing industry has been in upheaval for quite some time now: Digitalization has been on the advance for a couple of years; as a result, printed content is consumed less. But there is good news: Reading preferences favoring other formats gain more and more relevance. Then again, due to the coronavirus crisis and its corresponding measures, many people were forced to retreat into the private sphere since March. Increased spending on home entertainment like streaming services was the result. Is there a comparable development visible when it comes to consuming written content? To find answers to this questions, we conducted an international study about consumers’ reading behavior in September 2020.

Insights on reading habits, shopping behavior, and willingness to pay

The representative Simon-Kucher study was conducted together with Dynata. Almost 6,100 consumers in the US, Germany (with around 740 respondents), Great Britain, France, Italy, Sweden, Switzerland and the Netherlands were surveyed on their reading and purchasing behavior and their willingness to pay for print and digital media. Focusing in the German market, we could detect five key insights from the results:

This suggests that especially the combination of reading and listening is appealing for many users. Audiobooks, whose contents are streamed, make it possible to pick up where you left off. Similar to visual entertainment solutions like Netflix, where consumers can start a movie on the TV and continue watching it later on their smartphone, audiobooks enable readers to enjoy their book wherever they are, and without having to search forever for the right page to continue.

As expected, there are notable differences to detect when looking at the format preferences in different age brackets. While the amount of print book readers is relatively stable among all age groups, 44 percent of people aged 18 to 44 stated to have used e-books during the last six months compared to only 21 percent of readers aged 65 and over. Also, in the age cohort 18 to 44, 43 percent used audiobooks, whereas only 14 percent in the age group 65+ made that statement. As it happened in many areas, digital formats were first used by younger people; as they age, acceptance will increase in higher age groups.

But why do people choose a specific book format? According to our study, personal entertainment is the leading purpose for reading in all formats. Almost half of the respondents use print books for professional (education, work) or other reading purposes, while only about one third uses e-books for these reasons. And less than one in five audiobook users considers professional purposes such as work and/or education to be relevant. Also, audiobooks seem to be especially interesting for parents with children.

When asked about the most important criteria for choosing a book format, convenience on the road, while travelling as well as user friendliness and a quick buying process were most commonly named. Price, however, was a rather unimportant criterion. Questioned about their reasons for or against more digital book consumption, study respondents mentioned the greater availability of samples and attractive pricing as most important reasons in favor of more digital book consumption. Another cause to consume books rather digitally were technological improvements concerning e-book readers and better software solutions for tablets/smartphones. Among those readers who read more print than digital books, the physical appearance of print books is still the most important reason against using e-books or audiobooks.

Do these preferences reflect in consumer spending habits? This is hard to tell. Looking at the last months, however, we can see that the average monthly spend per user is now in all three categories (print books, e-books, and audiobooks) higher than during lockdown times. Compared to the time pre-COVID-19, however, readers spend now less on print books, roughly the same on e-books, and more on audiobooks.

In the future, readers are willing to pay more for both e-books and audiobooks. If the print version, for example, cost ten Euros, readers would readily spend between 13 and 18 Euros on the e-book version and between 13 and 19 euros on the corresponding audiobook. It’s a pity that this is largely not reflected in the pricing strategy of many publishers, at least until now.

However, 55 percent of those surveyed say that the COVID-19 crisis has changed their purchasing behavior. 65 percent of readers surveyed stated that and that they buy their printed books elsewhere since the pandemic began, with 55 percent “elsewhere” being an online marketplace, the website of a physical bookstore, or the web-portals of a purely online bookseller. This increases the relevance of e-commerce for the industry greatly. It’s time to step up the game regarding digital sales channels, while also keeping in mind that due to this development, additional competition is emerging. Online marketplaces account for a good chunk of these figures, classic bookstores as well as publishers need to take the opportunity to make their e-commerce strategy watertight now in order to not leave growth to Amazon and Co. alone.