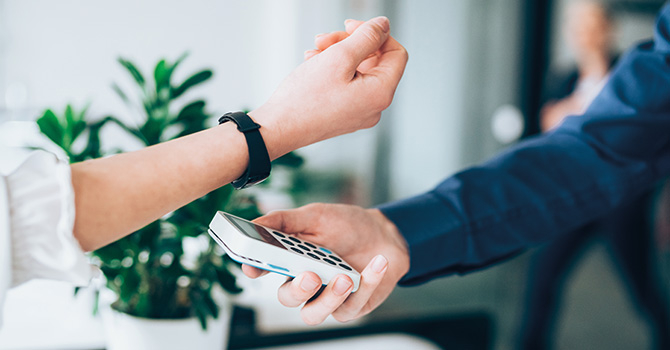 COVID-19 has accelerated the transition to digital interactions. However, companies must not overlook the fact that new digital technologies can still be hard for consumers to figure out. In this article, we share four ways to overcome barriers to digital adoption.

The coronavirus pandemic has accelerated consumer interest to adopt digital interactions for banking and payments. For example, Americans set a record with 1.2 billion transactions on the instant payment network Zelle in 2020, a 62 percent increase from the previous year. Meanwhile, according to the MasterCard’s Global State of Pay report released in October 2020, more than 53 percent of consumers who had access to a smartphone and a bank account said they were using banking apps more compared to before the coronavirus pandemic. In the report, which surveyed more than 14,000 consumers in 14 countries, 87 percent of respondents who had not used banking apps previously said they will now continue to use them. However, there are a number of indicators that digital adoption has not been a smooth journey…

A recent article in The Wall Street Journal details all the ways consumers and cashiers are struggling with digital wallet payments. It recounts how frustrated users simply gave up trying to pay with their smartphones and reverted back to using a card. One example is Apple Pay. Although it has been around since 2015, an internet search turns up a long list of videos and articles, many of them posted in 2020 on how to use it.

Another issue is clunky, slow and friction-filled digital experiences. One digital banking study found that 79 percent of online checking/current account openings in 2020 took longer than five minutes, with nearly 30 percent taking longer than 10 minutes. It seems the time it takes to open a bank account online has changed very little since 2017, according to the Wall Street Journal report.

When companies design digital offerings, it is often the case that they prioritize the technical and security aspects and overlook the emotional, social, and cognitive forces. Here are four ways to overcome the hidden barriers to digital adoption:

Consumers are not always confident when using new digital technologies and processes in banking. In a Simon-Kucher survey on digital payment adoption in the US conducted prior to the pandemic, almost 70 percent of reasons given for not using mobile payments were related to issues of confidence. Many respondents identified themselves as being “not tech savvy.” They were also afraid of forgetting passwords or making mistakes.

Companies must do more to support users in this area. This could include simple user experience enhancements, such as sending notifications as a text message or in-app to confirm when digital transactions are completed. Progress bars can guide and encourage users forward during a multistep transaction like an account opening or money transfer. In many cases, instilling confidence is providing seemingly minor behavioral cues to reassure the consumer that they are doing the right thing.

2. Close the gap on security misperceptions

Misperceptions about security risk and trust is another reason consumers think twice about using digital banking and payments services. In the same Simon-Kucher survey, 40 percent of reasons given for not using mobile payments were related to concerns about fraud and identity theft. The survey also revealed that only 13 percent of non-mobile payment users believe that mobile wallets are secure, when in fact mobile payments using Near Field Communication (NFC) technology are more secure than traditional methods because the user's financial information is not transferred during the transaction.

If we want consumers to embrace and use new digital offerings enthusiastically, we must provide a supportive and friction-free experience. Let's consider the case of mobile payments in China, which has the world's highest mobile payment penetration rate at 86 percent. In China, the predominant technology for mobile payment is the QR code, a contactless method that involves scanning a matrix barcode that can be executed without delay. Early on, Chinese merchants were able to accept mobile payments on their smartphones without having to purchase new, expensive equipment. Consumers in China could be confident that their mobile payment would be accepted by the merchant, supporting the spread of the new method. By comparison, in the US where contactless and digital wallet payments have struggled to gain a foothold, only 67 percent of retailers accepted some form of no-touch payment in 2020, according to the National Retail Federation.

Another issue is consumer perception. NFC payment technologies used in contactless payment apps like Samsung, Apple Pay, and Google Pay can appear slower. The multi-second pause when the consumer is holding their smartphone in mid-air over the NFC-enabled terminal can feel like an eternity because the consumer is motionless. Moving images or interactive elements during the processing period can reduce the perception of time. Showing fun facts or figures can add an entertaining element while reducing the pain of the pause.

It is not enough to convince users to try new digital technologies. We must also reinforce and reward new digital behaviors. There are a number of ways to incentivize and reward digital behaviors, from promotional offers to discounts. In addition to monetary rewards, consumers may also respond well to gamification incentives such as setting personal goals accompanied by a reward upon achieving it, a lottery, or competing with others to win a reward.

Ultimately, a superior user experience is the biggest determinant to encourage consumers to continue using digital offerings. More effort is needed to add new features and interactions that make technology approachable. The physical environment and social context play an important role in adoption behaviors and must be considered. Equally critical is to account for the human decision-making process, which is greatly influenced by unconscious biases and cognitive short cuts. It isn't just technology or infrastructure issues that impede digital adoption.