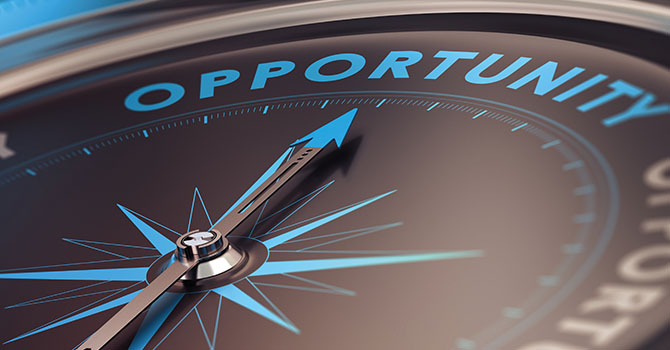 Since National Reimbursement Drug List (NRDL) negotiations were first introduced in 2015 by China’s State Council and National Health and Family Planning Commission (NHFPC), national drug price negotiation for high-cost drugs has become a critical cost containment tool for Chinese payers, and a key opportunity for manufacturers to increase their sales in the Chinese market. In this article, we share our insights regarding new aspects of the drug price negotiations, potential price cut drivers, and implications for manufacturers developing pricing and market access strategies.

Insights from the 2019 NRDL Negotiations

The results of the 2019 NRDL negotiations were announced by the National Healthcare Security Administration (NHSA) on November 28, 2019. In total, 27 re-negotiated drugs (including 22 western medicines and 5 Chinese Proprietary Medicines) and 70 drugs (including 52 western medicines) which were out of pocket (OOP) prior to the negotiation were successfully added to the NRDL. The outcomes of the 2019 NRDL negotiations became effective on January 1, 2020, and are valid for two years until December 31, 2021.

Simon-Kucher has analyzed the 2019 NRDL negotiations results in depth based on publicly available information. Here are some key insights into new aspects of the drug price negotiations, potential price cut drivers, and potential implications for manufacturers developing pricing and market access strategies:

1. Manufacturers were given the choice to not disclose the negotiated prices publicly

In the 2019 NRDL negotiations, for the first time, manufacturers were given the option to not disclose the negotiated prices of their products in the official announcement. Of the 74 western medicines that were successfully negotiated (Table 1), only 28 opted to post their price publicly, most of these produced by Chinese manufacturers in therapeutic areas such as hepatitis, diabetes, multi-drug resistant tuberculosis, rheumatoid arthritis, cardia-cerebrovascular disease, and digestive system. For oncology and rare diseases, post-NRDL prices of all products from multi-national corporations (MNC) were kept confidential. However, it is important to note that over time the negotiated prices may become visible as they constitute the basis for which the patient co-payment is calculated, despite no official price source.

Table 1: Price visibility of drugs which were successfully negotiated in 2019

2. Products of the same class entered into competitive negotiation

Another first for the 2019 NRDL negotiations was the competitive negotiation piloted for the hepatitis C virus (HCV) class of drugs. The rule was that out of the six HCV products competing, only two with the lowest total treatment cost (within a 15% range of NHSA’s target price) would win the competitive negotiation and be added to the NRDL. In return, NHSA committed to not include additional drugs from the same class into the NRDL for two years. The result of the fierce HCV drug negotiations intensified price pressure resulting in an 85% reduction in price. This reduction in price was significantly higher than the average price cut taken by the remaining 70 products, which took on average a 61% price cut. What’s more, the price metric NHSA used for the HCV competitive negotiation was the total treatment cost of the whole therapy. Interestingly, all drugs that succeeded in this competitive negotiation were monotherapies, suggesting additional challenges faced by combination therapies (Table 2).

3. NRDL re-negotiation was carried out for the first time

Lastly, for the 36 drugs added to the NRDL in the 2017 negotiation round, a first-of-its-kind re-negotiation was conducted since the NRDL agreement was valid for only two years. Among these reimbursed products, five with generics launched before 2019 were maintained on the NRDL without price re-negotiation. The remaining 31 exclusive products were required to re-negotiate in order to maintain their NRDL listing. These products faced requirements including meeting expected prices of the NHSA, and if failing to do so, were removed from the NRDL and became patient self-pay medicines again. Of the 31 products that went through this re-negotiation process, four failed, while the remaining 27 took an average price cut of 26% from their initial 2017 NRDL negotiated prices.

What factors drove this price cut during the 2019 NRDL (re-)negotiation process?

Analyzing historical NRDL negotiations, the trend of increasing price pressure is clearly apparent. Average price cuts in NRDL negotiations have increased from 44% in 2017 to 57% in 2018 to 61% in 2019. Although, post-NRDL prices for 46 out of the 74 western medicines that passed in 2019 were not made publicly available, an in-depth analysis of those that did reveals factors that may have potentially driven these additional price cuts. The insights gained, albeit with limited data, provide highly relevant references for manufacturers to develop better informed pricing and market access strategies.

For the 2019 NRDL negotiation round, manufacturers invited to the negotiations were requested to submit product information and drug prices from a basket of 12 “recommended countries or regions”, including Japan, France, Germany, Italy, Spain, the UK, Canada, the US, Australia, Turkey, and Taiwan. In an analysis comparing the 2019 post-NRDL prices of select products and their lowest visible prices in some of the referenced markets , we found that prices in Turkey were among the lowest of the NHSA’s “recommended countries or regions.” Of the 28 post-NRDL prices that were disclosed to the public, these were often close to the price benchmark in Turkey (Figure 1)  . It is likely that NHSA benchmarks to the lowest visible price in the reference basket. Turkey, along with Italy, was recently added to the 12 “recommended countries or regions” in the 2019 round of NRDL negotiations, replacing Macau and New Zealand. 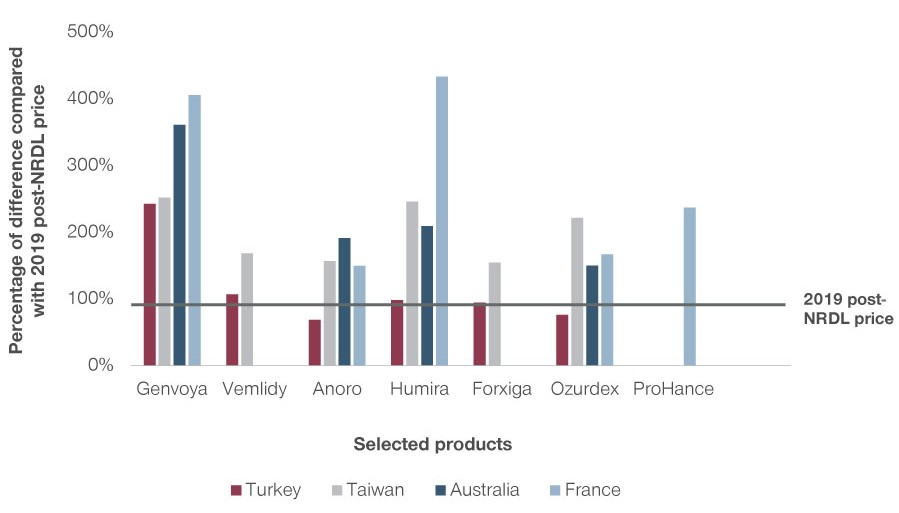 Table 3: Examples of reimbursed alternatives for products which failed in the 2019 NRDL re-negotiations

Factor 3: Reimbursed drugs with similar attributes may be used as benchmarks

A third factor that can lead to increased price cuts involves the selection of reference drugs by NHSA. Payers may choose clinical and price comparators they feel are relevant to evaluate and set negotiation target prices for candidate drugs, other than the ones submitted by manufacturers. One common benchmark the NHSA considers is the reimbursement price of alternative drugs on the NRDL. What’s more, with different attributes across indications and therapeutic areas, the NHSA can use different price metrics for calculation. One such example involves HCV drugs. During the evaluation of HCV drugs, the total treatment cost was the price metric used by the NHSA since they are taken as a duration of therapy over a few months. At the same time, unit price was used for SGLT-2s since drugs of this class are all tablets taken chronically. This shows payers may use different price metrics to determine target negotiation prices.

We analyzed the 2019 NRDL negotiation outcomes with regard to a comparison of the post-NRDL prices of selected products and those of their reimbursed alternative drugs. As Table 4 shows, it is remarkable that the majority of the post-NRDL prices fall in the price range of their alternative reimbursed drugs. We could therefore assume that prices of reimbursed products from the same therapeutic area, with the same indication or mechanism of action, may be used as benchmarks by the NHSA when evaluating candidate drugs and defining their target NRDL prices. 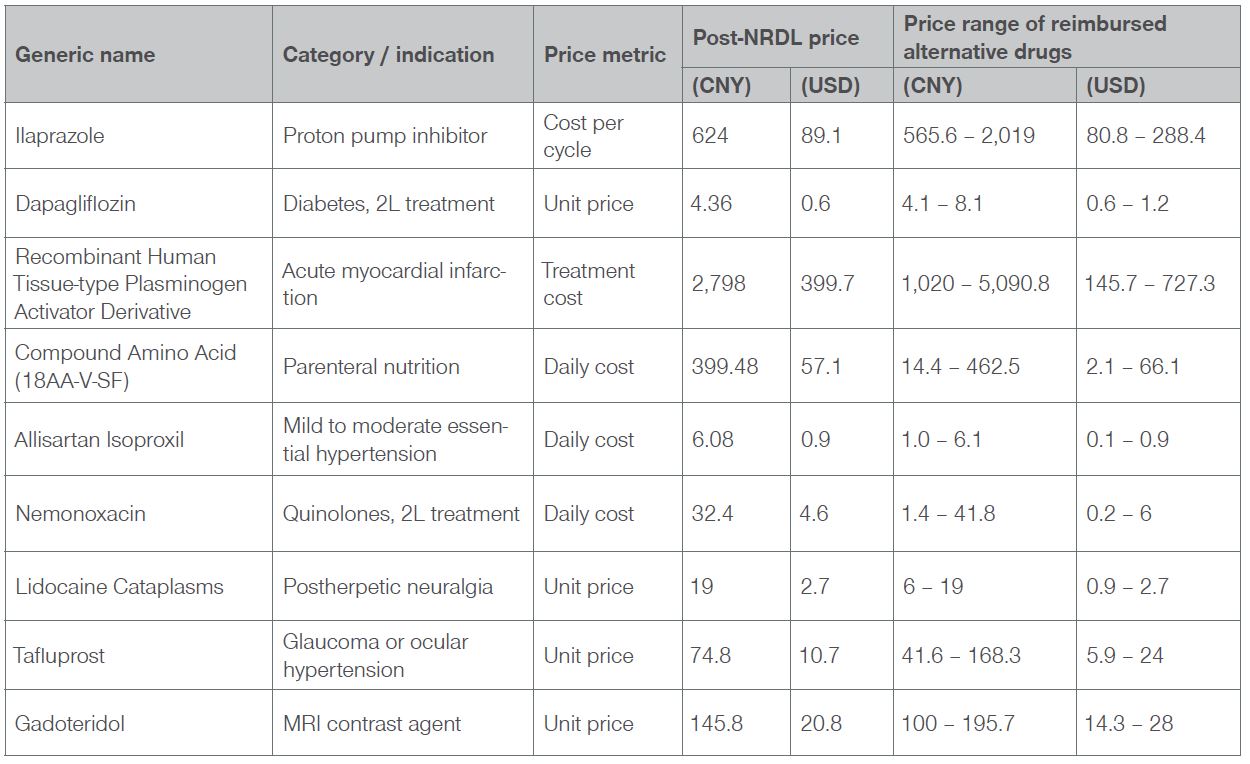 With the 2019 NRDL update, the reimbursement status of products in China is no longer fixed but may change over time (Figure 2). After approval, a product will be launched with free pricing and paid OOP by the patient. Following an OOP period, some drugs may have the opportunity to enter the NRDL. However, as the 2019 NRDL update shows, reimbursement is no longer static. Drugs which were previously included in the NRDL can be removed from the NRDL and return to being OOP products again. Manufacturers of OOP products, regardless of whether the products have been reimbursed previously, can seek private funding and/or local government funding to address patient affordability. This means developing P&MA strategies in the China market requires a holistic view of different stages of a product lifecycle. In this section, we will discuss considerations manufacturers must address at different pricing and market access gateways during a product’s lifecycle to make better informed decisions.

Figure 2: Possible funding pathways along the P&MA process (as of 2020)

Gateway 1: For an OOP product, consider not only the pricing and market access implications of the China market but also ex-China markets

This is an important point for two reasons: The reference markets impact the NRDL negotiated price a manufacturer can achieve, but also how post-NRDL negotiated prices will be referenced by other markets. Given the growth and size of the China market, NRDL prices are likely to have a greater impact in price referencing for ex-China markets moving forward. This makes it critical to evaluate ahead of time and plan for the impact NRDL inclusion (e.g. time to NRDL, expected price cut) will have on the global pricing policy and access decisions to achieve the greatest product potential.

Gateway 2: For a reimbursed product, decide to pursue reimbursement vs. OOP pathways

According to the NHSA, the average reimbursement level in China is currently 60%-80%.  With reimbursement, physicians are expected to have a higher willingness to prescribe and patients are more willing to pay for a drug, resulting in a boost in sales post-NRDL inclusion. As mentioned earlier, the average price cut in the NRDL negotiations has continued to increase and may further grow. Given the increasing price pressure, a reimbursement strategy may not be revenue-optimal if a product’s increase in sales post-NRDL inclusion cannot compensate for its price cut. Thus, for drugs which are included in the NRDL for a certain duration of time, manufacturers should closely track the sales development from pre- and post- NRDL stages, in order to make a well-informed decision on whether reimbursement should be pursued or withdrawn at the time of re-negotiation. Given there is no guarantee for the success of re-negotiation, even though this pathway is revenue-optimal, manufacturers are advised to keep the OOP scenario in mind as a viable strategic option to consider.

Gateway 3: For a reimbursed product, prepare for a more complex competitive environment

As we have seen from 2019 NRDL negotiation outcomes, not all previously reimbursed drugs were required to extend the reimbursement status via NRDL re-negotiation. For drugs with generics available, all originators and generic products can remain on the NRDL without the need for re-negotiation. For exclusive products however, a re-negotiation is required. In addition to the price cut drivers discussed above, the requirements and payer expectations of the re-negotiation will need to be further analyzed as the re-negotiation becomes more frequent. In general, manufacturers should be prepared for re-negotiation, especially for products which have competitors with similar characteristics (e.g., disease area). Moreover, as alternatives may become available in the market while the product is listed on the NRDL, manufacturers should be ready to conduct competitive negotiations to remain reimbursed.

As the NRDL negotiations continue to evolve, it is important for manufacturers to keep a pulse on how this process takes shape while keeping in mind the impact pricing and access in China will have on the success of their products.  Looking ahead to the future NRDL negotiations, there are signs of changes to come. Anticipated changes in store include:

How these changes are implemented is yet to be seen, but will be critical pieces to successful pricing and market access strategies in China’s growing market.